Some great news on two fronts 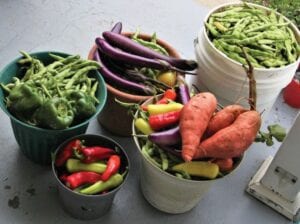 As you may recall, two weeks ago I spent an entire column poking fun at the full body CT bone scan I’d undergone a few days earlier. I’ve since had several dozen readers ask how it went and, in fact, posted the results on Facebook.

As you Facebook followers already know, after I announced that I had widespread bone cancer, more than 200 of you responded with prayers that obviously worked, but as radio journalist, the late Paul Harvey, used to say, “Here’s the rest of the story”.

Moments after last week’s paper had passed the absolute deadline, I had an email from “My Chart”, a service that tells me everything going on with my personal health issues. In the 40 odd years I’ve been doing this column I have yet to yell, “Stop the presses!” Not that I expect anyone would have but, as far as I was concerned, I’d just been given news that couldn’t wait.

I still believe the results were originally intended for my oncologist’s eyes only and it was still more than 10 days before I was scheduled to see him. However, Loretta immediately got on the horn and cajoled a nurse at Markey Cancer Center’s Richmond office into seeing me four days later, the first day they would be back open.

So we spent the next four and a half days worrying and praying. As I mentioned earlier, more than 200 friends and relatives were praying with us but I doubt that any of them were spending as much time at it as we were, especially if they got any sleep during the four and a half days we had before the scheduled appointment.

If you were outside on September 22 shortly after 1 pm., looking toward Baptist Health Hospital in Richmond and heard someone yell “Hallelujah, thank you Lord,” that would have been me when the good doctor essentially told me “Don’t worry. Be happy!!”

What he actually told us was the same chemo they’re using to treat my prostate cancer would also bring my bone cancer to a very slow crawl if it didn’t completely cure it. In fact, the prostate cancer had spread to well over half the bones in my body from my knees up to and including my skull. To make this long story a bit shorter, he told me to do whatever my urologist told me to do in treating the prostate cancer and come back to see him in a year.

The chemo has some very aggravating side effects and I’ll have to take it for the rest of my life, but other than needle sticks for injections and blood tests every 90 days, it is absolutely pain free. That may not sound like cause for celebration to some folks, but I feel like big anvils have been lifted off both shoulders. Thank you for the prayers. Thank God they worked!

In other news, my brother, Andy, showed up last week and scored the biggest garden harvest we’ve had so far. By “we” is like saying, “We killed a bear but Andy shot and skinned it.” I basically showed him where to find it and, to be fair, my incredibly patient and loving wife also did a lot of the skinning. She has packed in two crops of sweet corn, stuffed it in the freezer and carried in several pecks of tomatoes. She has hauled these and several other loads of veggies to share with friends and neighbors while giving me way, way, way more credit than I am due.

Last week’s haul included 1.5 bushels in equal amounts of Lazy Wife fall beans and Babe Campbell cornfield beans, Ichiban eggplants, various peppers and one hill of sweet potatoes. The latter had four big sweet ‘taters that had a combined weight of close to 8 pounds. We still have 18 hills of sweet ‘taters to dig and if they turn out as well as their former neighbor, we are going to have to share some with ours. I love sweet ‘taters but 2 hills like the first one is more than we can eat.