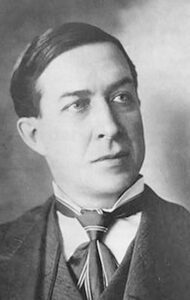 When Andy Beshear was sworn in as the current Governer of Kentucky he swore that he had never fought a duel with deadly weapons nor sent or accepted a challenge to do so.

Some people snicker when they hear election winners in Kentucky must swear they hadn’t participated in a duel before they can be sworn into office. Kentucky is the only state with such a requirement.

“It is bizarre,” University of Louisville law professor Kurt Metzmeier said. “It’s possibly the strangest part of Kentucky’s Constitution but almost half of the oath for elected officials and attorneys are promises about not fighting in a duel with deadly weapons. It’s due to Kentucky’s long history of dueling even by prominent people.”

Kentucky State Senator William Goebel shot and killed John L. Sanford in a spontaneous exchange of gunfire on the steps of the First National Bank in Covington, Ky, on April 11, 1895. Goebel had written a scathing news story calling his political antagonist “John ‘Gonorrhea’ Sanford” while denigrating him. Goebel was tried for murder after the impromptu duel that followed.

“I suppose you’ve heard by now of the shooting,” the 40-year-old Goebel said after walking to the nearby police station and handing his gun to the officer in charge. “Sanford pulled a gun and tried to kill me. I had no choice. I had to shoot him.”

In olden times it wasn’t unusual for men to settle differences through violence. Men with higher political office than state senators chose to participate in duels with fatal results. Trials were speedier, too. In fact, Senator Goebel’s examining trial began in Judge Stephens’s court on April 16, 1895, less than a week after Sanford’s death. Kentucky Attorney General W. H. Hendricks, who was present at the mid-day shooting, was a witness during the trial.

“The shooting was totally unexpected,” Gen. Hendricks answered. “I had absolutely no idea it would happen until the shots were fired. I was totally shocked. It happened so fast.”

“I had a check I wanted to cash and asked Goebel to walk along with me to the bank. We saw Mr. (Frank) Helm and he joined us. As we neared the bank, we saw Mr. Sanford there as though he was waiting. He spoke to me and shook my hand. When he did, he extended his left hand. I didn’t think anything odd at the time, but I noticed his right hand was in his pocket.

“Sanford turned to Goebel and asked if he had written the article about him that appeared in the weekly Ledger newspaper. Goebel said he did. The shooting started instantly. I was dazed and dumbfounded. I couldn’t understand what was happening until Mr. Sanford fell face downward on the steps and Senator Goebel backed away. I declare I don’t know who shot first … the shots were so close together.”

Frank Helm, First National Bank president, was called to the stand next. He testified that he had seen Sanford as they neared the bank.

“Senator Goebel called him a bad name under his breath but he laughed and seemed to be joking,” Helm testified. “When we got to the steps of the bank I spoke to Sanford. He shook hands and spoke with Hendricks. I noticed that he shook hands with his left hand. Then I saw that his other hand was in his pocket.

“When he spoke to Goebel, they both began to draw pistols. The shots were almost instantaneous, and I can’t say positively who fired first. They were in quick succession, one right after the other. Bang! Bang! I was right against them and actually thought I had been shot. All four of us were close together when it started. Sanford fell instantly when the shots were fired.

“Sanford’s head struck the front part of my left leg and my left foot. It almost knocked me down, but Generral Hendricks grabbed and steadied me. My face was powder burned and I thought, somehow, I had been shot. I can’t see for the life of me how Goebel escaped without being hit. We were right together, all four of us.”

Helm testified that Goebel walked to the street after the shooting. Runners were sent for a doctor for Sanford, but it was decided almost immediately to carry him to the doctor’s office.

Helm said the shooting happened so quickly he couldn’t tell who fired first although he thought Sanford must have gotten off the first shot.

“I couldn’t tell by sound or sight who did shoot first,” he said. “I don’t believe Sanford could have fired after being hit with the headwound he suffered, therefore Goebel was probably the first to shoot.”

Thomas T. Riley, who had owned the weekly Ledger newspaper refused to answer whether Senator Goebel had written the news article in question. Judge Stephens ordered that he be jailed for contempt. One hour later the newspaper man sent word that he would answer the question. The judge had him returned to the courtroom and he promptly admitted that Senator Goebel indeed wrote the article. Although the scene was theatrical his answer didn’t surprise anyone.

Claude Desha testified that he told Goebel the previous month that Sanford had said, “I want to kill Goebel and I’m going to do it.” J. B. Scheffer testified that a dagger was found hidden in Sanford’s clothing following his death.

Goebel was released but Sanford’s widow promptly filed a lawsuit against him. Again, Senator Goebel prevailed.

Coming next week: Goebel’s bid for the governorship of Kentucky brings more violence. Jadon Gibson is a freelance writer from Harrogate, Tennessee. He wishes to thank Lincoln Memorial University, Alice Lloyd College and the Museum of Appalachia for their assistance.