Some thought I was a spy 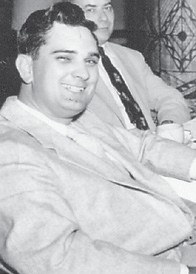 While assigned to the Pentagon in ’71 and ’72, I was noncommissioned officer in charge (NCOIC) of the largest Message Center in the world. I also had the message Distribution Branch, and the Printing Department of the Headquarters Telecommunications Center Activity, Communications Electronics Operations Division of the 2044th Communications Troup, the Pentagon, Washington, D.C.

Some folks from Jenkins thought I had something to do with spying.

It all started when the FBI came to Burdine and Jenkins in 1948 to talk to the people who knew me — my teachers, police department, storeowners, my classmates, and my parents. They wanted to know if I was a loyal citizen and if I had ever been in any trouble before they approved me handling top secret material from the military over most of the world.

When I came home on leave, people who knew me all of my life asked me if I was some sort of spy. Even my parents thought I had something to do with spying just because I worked at the Pentagon and had a top secret clearance and wore a different colored photo ID card than most people who worked there.

I still get asked that question today,wasIaspy?

The answer is no way.