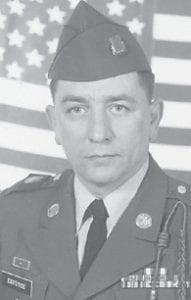 He was born in Whitesburg to the late Roy and Vivian Fields Enfusse.

Funeral services were held February 24 in Hagerstown. Burial was in Smithsburg Cemetery at Smithsburg.