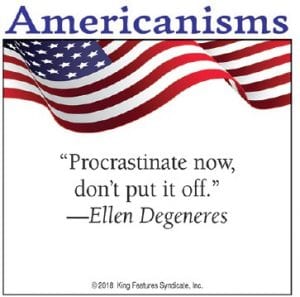 I have a cousin who is an Old Regular Baptist preacher. He has a person on his Facebook pages who is the biggest liar and the biggest user. This person tells lies on Facebook behind my back. Apparently, my cousin believes every word this person tells him. He pretends to be saving lives, but instead he makes other people’s lives pure hell.

. You can take that VSM and shove it up your ask me no more questions, tell me no more lies.

. God bless you, Mr. President, and God bless America. To heck with China’s pride. They stole from America’s industries enough. Thanks for making America great again. Concerning the auctioning off of this white lion they want to destroy, there needs to be a judge putting a holding order on that or something to get it stopped. This majestic animal is a beautiful animal, and only a cold-blooded murderer would to kill this white lion. If people aren’t shooting at each other they are shooting at a splendid animal. This makes this old man angry and rattles his chain. America is great again; we’re standing tall, and that’s the way it is.

. A news report said that for 188 years no religious headgear could be worn in Congress. Thank our Democrat Party for changing the game again for their Muslims.

. I want to say thank you to Mayor James Wiley Craft, Tourism Commission Chair Missy Childers, city workers, and all the others responsible for the beautiful lighting, Christmas and otherwise, in downtown Whitesburg.

. Considering how our president saved Puerto Rico by throwing them paper towels, shouldn’t he have also saved California by tossing out rakes?

. I just watched a thing on TV where this little boy got up with President Clinton and got his father a kidney transplant. People, when you’re dead and gone pass it on and help somebody. Eyes, kidneys, hearts, lungs or whatever, always be kind.

The election is over, people. You all need to be fined around $2,000 per person for not cleaning up your campaign signs up. That is littering, you know, and that money should go back into the county funds. Get those signs cleaned up.

. The reason so many people want to come to the United States is because of our American values, which are, ‘Rip-off anyone you can as often as you can and any way you can.’

. It’s one shame how those people have signed up at LKLP Community Action on their winter heating assistance. Most people have not even gotten one tank of gas delivered on almost three weeks on their vouchers. LKLP has assigned a certain place to take care of the heating assistance arrangements, and the ones who have signed up on gas are almost going into three weeks without even getting the people at that business in Letcher County to even answer the phone. This is the third week and many people in Letcher County have not received their propane gas. All you hear when you try to call the people is the sound of a fax machine. No one has been able to get into contact with them for about two weeks now.

. I see where the college football playoff semifinals might have Alabama playing Michigan. I hope for Michigan’s sake they don’t start running their mouths before this game starts. If they do they will get a mud hole stomped in them. They will see what a real football team looks like. And as for Notre Dame playing Clemson, the Fighting Irish might want to be a little quieter than they were when they played Alabama. Clemson will stomp a mud hole in Notre Dame in a very short time. So we’re going to see some real football played here in December. I’m anxious to see how it comes out.

. Pastors, don’t you think it’s odd that people don’t understand the races as a topic of Genesis? Genesis I ended on the sixth day, when God created people for several occupations such as hunting, fishing,

and herding, God rested on the seventh day, which was for a thousand years (2 Peter 3:8). Afterward he brought Adam and Eve into being. Adam’s job was to be a farmer (Genesis 2:5). Which country is known for farmers? It is the U.S.A., or course. This race is not better, but it’s different.

. Here we are again. It’s Thanksgiving going on Christmas and all that good stuff. One family member won’t talk to other one and won’t be here until the other one is gone. They used to go to the same church together and one started going to another one because they can’t stand each other, but they are Christians and love each other. People, there is something wrong with that picture. I try to keep the peace. The Book says blessed are the peacekeepers? My foot. Let them kill each other. They are stupid. Going to church and loving one another? Think about it.

. This is Paul Morris. After visiting recently in Letcher County I found that a lot of people still wondered if they could still hear me

on the radio. The answer is yes, every Sunday morning at WSGS-101.1 FM in Hazard. I’mona6onSunday morning and again at 9 on Sunday nights, I would be interested in hearing from you. My address is 156 Haven Hill Road, Shelbyville, Kentucky 40065. Thank you.

. You best have her slow that black car down. She has run me off the road twice. I have on video her driving 72 miles per hour on Thornton. A local officer has the video now. The next time she endangers my family it will get ugly.

. I would like to know the outcome of Emory ‘Fudge’ Mullins’s case. It was reported in The Mountain Eagle several months ago that he had gotten in trouble and went to court a time or two. I don’t know what has happened to the case. Is he still sitting in jail? (Mr. Mullins was released on bond in July. His next scheduled court appearance is December 14.)

. Whitesburg ARH, try to be a better hospital.

One response to “Speak Your Piece”