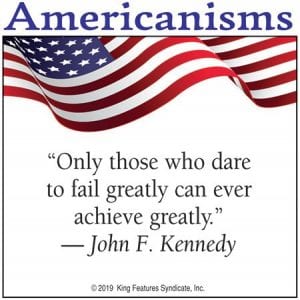 To a certain person running a business in the town of Whitesburg: We hear of neighbors helping neighbors, but apparently you only know how to help one of your neighbors, while you treat your other neighbor like an outcast. It’s true. You even loaned your good friend your wood splitter and gave him your firewood, but you don’t even offer to help your other neighbor.

To the drug dealer at Eolia: Thank you for ruining the lives of my family and me. Your day is coming.

To that fellow who is talking about opting out on exposing these false prophets and false Christians: No, don’t you do that. You are doing a good job. You have told the truth. Hang in there. Don’t they sound just like the Tower of Babel? One says one thing while the other says another thing. Read First Corinthians, starting with Chapter One, Verse 10.

I would like to speak my piece. It seems that if you call the Letcher County Sheriff ’s Office for anything, a certain woman’s voice comes on the messaging machine and says the office is currently closed. That just goes to show you they won’t pick the phone up and talk to anybody. They will take the word of a drug dealer before the word of an honest person. It was the same thing when Danny Webb was sheriff.

(Or, it could be that the people who run the day-today operations at the sheriff ’s office are busy collecting property taxes right now and are unable to immediately answer every phone call that comes in. Emergency calls are handled through 9-1-1.)

Shame on Mitch McConnell for causing Matt Jones to be taken off his UK sports show in the radio. That is a shame. I will never again vote for McConnell.

If you don’t vote, you have no complaints? That is not necessarily so. When we have two demons to vote for — Demon Devil and Demon Devil — and I don’t vote for either one of them, then I have the right to complain.

I would like for someone to get in touch with Jeff Foxworthy, because I just saw another redneck joke for sure. The people in the burgundy car who just stopped and jerked the white stuffed cat out of the tree might be rednecks. I wish I had that on film. Please put the cat back in the tree.

I went at 8:30 last Tuesday morning to vote at the old high school hill, where the voters in the Ermine precinct were supposed to go to vote. There were no signs posted anywhere. That’s a shame.

(Oops, someone told you the wrong ‘high school hill.’ Voting machines for the Ermine precinct were in place at Letcher County Central High School, not at the old Whitesburg High School.)

I was always aware that our country was a Christian and free nation, but I still believe that arguing settles nothing but one’s IQ. I always voted, but no one knew whom I voted for except me. I voted mostly Democratic until the last two elections before Mr. Trump. I read about him and I listened to the news, which I thought was fairly believable, and when he came along I felt we needed a businessman with a proven record of making big time financial decisions. I felt that if he had enough intelligence to be successful to the degree that he had been that he could gather enough help to make the correct decisions politically to be a president to make America number one again, and take the richest country in the world out of the red and into the black. So I voted for him …

(The Speak Your Piece answering machine cut your comment short because it is set at one minute. Next time, feel free to call back and pick your message up where you left off.)

I just want to let everyone know how it is when you get old. You sit around in your apartment and you wait for your people to come and visit you and you wonder why the ones you love never come around unless they need to borrow money. And if they come to borrow money they don’t stay longer than 10 minutes, and then they are gone and you never see them again. They never pay you back, they never call to see how you are, and they don’t care. And then when you die they bring about four trucks with trailers, and before your body gets cold they clean your apartment out and they are gone and you are never thought of again.

How come it is that after 15 or 20 years you call up an old friend and start telling him what you need him to do for you and immediately he starts telling you why he can’t do it, regardless of how good you’ve been to him for over 15 years? Don’t you think it’s strange?

To one real sharp pretty thing who lives on Smoot Creek: You were married, but you’re divorced now, and it looks like you are dating a sheep dog. If you want a real man, darling, you can do a lot better than that. I’m here anytime, any day, any place.

God bless you, Mr. President, and God bless your family. I hear them crying and going on and blaming you for everything when America is doing better now than it’s ever been, whether they like it or not. The Iowa farmers are blaming you for climate change when a few droughts hit them and this and that and you are trying to make America better. It’s horrible that they want to blame everything on you. People need to quit complaining about the president and do something for themselves. Trump will be our president no matter what the Democrats say.

Well, Andy Beshear won the election for governor and now they are trying to give it to Matt Bevin anyway. They’ll do it; it’s Kentucky and it’s so crooked.

Well, teachers, it looks like Matt Bevin was right about you guys all along. You got what you wanted; you got Andy Beshear. His father had two terms as governor; he spent your money. So you’re not so smart after all.

Dear Speak Your Piece: really don’t care who won the election for governor. I’m a Republican and voted for Matt Bevin, but my heart wasn’t really in it. My way of thinking is way out of the norm with the way most people think, apparently. I want legalized marijuana and the DEA off the backs of doctors who want to help pain-patient people, and to hell with the doctors who don’t.

It took long enough, but we finally got a governor who is pro-choice, one who supports relaxed borders, illegal voting, same-sex marriages, higher taxes, and red flags on our Second Amendment. Seriously, Christians, keep your head high but your faith higher. We can get through it.

To the Republican Party: Roe v. Wade was decided by a Republican-nominated Supreme Court. Dwight D. Eisenhower and Richard Nixon, both Republican presidents, helped put that court in that gave us the right to murder babies. Any Christian who votes for someone who lies, cheats, steals, divorces, commits adultery, and curses daily is no better than any Democrat. God has never done away with all these other sins and left abortion on the board. Sin is sin. If my soul is in jeopardy, so is yours for voting for Donald J. Trump.

It is amazing how so many people have such low IQ as to believe all the political propaganda that pretends to be news.

This is the old sourpuss who wants the four-wheelers off the roads. These are our roads and unlicensed four-wheelers and side-by-sides should not be on the roads. If I were on one they would arrest me and take it away from me. These vehicles need to be licensed and insured if they are going to use our roads. Also, people wouldn’t be so hateful and mean about four-wheelers if the operators would ride them easy by people’s houses and not disturb people all day and all night.

Matt Bevin lost the election by 5,000 votes — probably those 5,000 school teachers he knocked out of detention.

I would have never dreamed there were 88 idiots living on Kingscreek. According to the vote count there is. That is sad. I’m thinking about moving.

Dear WTCW: Please ask whoever is in charge to put Matt Jones back on the radio on the weekday mornings, 10 until noon. Kentucky Sports Radio isn’t the same without Matt Jones.

Matt Bevin is right; the election was crooked. All five times I went to vote for Matt Bevin there were teachers at the polls campaigning.

I have been asking why the coal mines in Kentucky aren’t being reopened. People don’t seem to know the answer or they don’t want to say. After what I read in The Mountain Eagle this past week I am shocked by the level of crime and corruption that has been discovered about some people in the industry. Maybe everyone but me knows why mining hasn’t come back in Kentucky. We hear that some states, like West Virginia and Pennsylvania, are doing very well with coal mining. If the paper has previously written about this topic and give me an answer, please comment here.

(Depleted reserves and competition from natural gas are frequently cited as the two major factors behind coal’s continuing slump in Letcher County. Nearly all of the thick ‘easy-to-get-to’ seams of coal have been mined out over the 107 years since the industry began operating on a large-scale here, in 1912.)

Rumor has it that Santa Claus’s brother works at Kingdom Come State Park … ask for James.

I recently discovered how easy it is to read a certain translation of the King James Version of the Bible. It is called ‘The Bible’ by the translator, James Moffatt. He was born in Scotland in 1870. He moved to America and was involved in several scholarly pursuits, a minister and a professor at Yale. I heard someone knowledgeable about Bible translation say that Moffatt was a genius in languages. His first modern English translation was done in 1928. He wrote in 1935 that he had restudied almost every sentence to make it as effective and trustworthy as possible. He died in 1944. What I liked about this Bible is the words are written in paragraphs and the message flows.

I would like to wish my little girl a happy 18th birthday. Her name is Jasmine Morton, but in my eyes she has always been my doodlebug. I would like to give her the thanks and the praise for being a good girl. I am so proud of you. You can be anything in this life you want to be. I love you, Jas, and I always will, your dad.

How do we go about catching the drug dealers around the Kentucky May road area? I think we ought to start making citizens arrests. A lot of people don’t know this, but you can hold them there until the cops get there and read them their rights. And yes you can do it, people. Make citizens arrests, because the cops aren’t going to do their jobs. They pull people over all the time for no signal lights and little things like that, but you never hear about them catching anyone drug-dealing.

To all you Bevin lovers: Cry baby cry, stick your finger in your eye; it tastes like a Moon Pie. Cry baby cry.