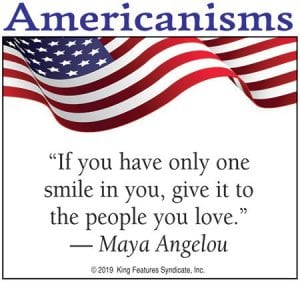 Donald Trump is a financial genius. He promised to eliminate the national debt in eight years. Instead, the debt has increased by more than a trillion dollars. FYI a trillion is 1,000 times a billion. The current interest on our national debt is 479 billion dollars per year. I’ll bet that makes China happy. Let me see if I understand the logic of this reckless fiscal management or mismanagement. First, you cut taxes to the wealthy and increase spending, then increase borrowing to make ends meet. In layman’s terms that is like reducing my income, let’s say by taking a lower paying job, then increasing my spending for extra-vagancies and non-essentials, then increasing my credit card borrowing to make ends meet. Duh! What must I do? Oh, I’ll take bankruptcy and put the screws to the lenders. Okay, here is the solution: The U.S. government can take bankruptcy and erase the debt. Donald Trump is an expert at taking bankruptcy. See, I told you he is a financial genius.

I wonder why one of our top un-elected county officials took down his Facebook page when he took the job. Surely he’s not ashamed of the things he posted.

My mother has been in a nursing home going on two years now, and a certain person I know likes to make fun of her. Just keep on making fun of her all you want, because sooner or later your fun making is going to catch up with you, mister. Your days of bullying are going to catch up to you.

I’m calling in about the people who leave comments in Speak Your Piece about people they think are pretty or handsome and want to meet up with them. How does anyone in the world know the person you are talking about if you don’t leave a hint? If you’re going to be man — or woman — enough to put something in at least let her or him know who you are.

It is sickening what this country is going through just to protect the Democrats for all of the wrongs they have done.

You mark my word, Donald Trump will be impeached but the Republican controlled Senate will be like a bunch of college fraternity buddies. They will vote to save their buddy’s behind rather than vote their conscience. Their day of reckoning will be when they have to go back to their home state and run for re-election. The voters will not forget what a bunch of weak kneed, gutless, wimps they are.

Kentucky Power is at it again. Kentucky Power filed an environmental plan and recovery of additional cost through amendment of the company’s tariff E.S. in case No. 2019-0038 with Public Service Commission. Kentucky Power wants its customers to pay for a selective catalytic reduction system for Rockport generating plant located in Indiana. The cost of this project is $11,877,342 for the first year plus we don’t know what it will cost the following years. Why should Kentucky Power customers pay for this environmental equipment for Rockport Power Plant that is owned by Indiana-Michigan Power Company, a division of AEP? Kentucky Power customers should not pay for projects that Kentucky Power and its customers do not own. This is another way AEP is increasing your bills. Please write Kentucky Public Service Commission, ask them to not approve case No. 2019- 0038 and tell them how you feel about this. Please write or call the Attorney General. Ask them to intervene in case No. 2019-0038 and tell them how you feel about this. Public Service Commission, 211 Sower Blvd., Frankfort, KY 40602, Phone 502-564-3940; Office of Attorney General, 700 Capitol Ave. Suite 118, Frankfort, KY 40602-0615, Phone 502- 696-5453

I think it’s a shame that the students and staff at Whitesburg Middle School are teaching and learning in dirty classrooms. It’s also a shame that the kids aren’t being serviced properly by the Family Youth Resource Center.

Dear Speak Your Piece: If you didn’t believe that the Democrats in Congress are stopping us from getting our roads and bridges blacktopped you now have the evidence. They are the cause. They have tried to investigate and impeach Donald Trump until they have stopped Congress from working. So to the good Democrats in Congress: Help us get our roads and bridges worked on. Go back to work.

Democrats, God has sent you a delusion. Be prepared to meet your maker.

First Thessalonians 4:14 and 17 are misunderstood by people who believe Jesus will come and take Christians to heaven for protection before Satan comes saying he is Jesus. In Second Thessalonians 2:1-4, the Apostle Paul corrects the misunderstanding. He said it would not happen until after Satan would stand in the holy place, which is Jerusalem, saying he is God, meaning Jesus.

I would like to discuss the problem about the four-wheelers people have been commenting about and how they are not regulated by the law or required to be licensed. I think this would be a good subject for The Mountain Eagle’s writers to look into. This would let us know what the law actually is concerning these vehicles being on public roads and how they hold up traffic and cause accidents. If they are going to be on the roads, they and their drivers should be licensed. They shouldn’t be allowed to operate these vehicles on state highways. In addition to causing accidents, they kill chickens and dogs and cats. Some of them are being operated by children under 18 years old, and they should never be on the highways.

It’s the time of year when druggies go and get free handouts from preachers just so they can run around and get more drugs.

In regard to a comment in Speak Your Piece: Someone mentioned that President Trump had violated all 10 of the Ten Commandments. I would like for the caller to elaborate further on how Trump has violated all of God’s commandments. What the caller said doesn’t make one bit of sense. I hope they elaborate next week.

One thing for sure has come out of the impeachment hearings, and that is that Donald Trump is way more corrupt that Richard Nixon ever dreamed of being. He will go down as the most corrupt and most ignorant president in the history of our country.

What’s on my mind is this: National Public Radio, at 90.9 or wherever it is on the dial, is about nothing but bashing Trump from the time you get up at 4 a.m. until you go to bed. The very time that someone calls something in that isn’t bashing Trump they cut him or her off. The NPR people have to be all Democrats, because they never play the good parts of what Trump has done for our country. I am tickled to death he is trying to shut down the borders because I want to work my job instead of letting Mexicans come in here and take it from me.

To a certain gentleman who lives above Whitesburg: You have been married a couple of different times, and both times you have ended up divorced. Here’s some advice: If you want to stay married, keep your dad out of your bed. Your dad knows who he is, and he’s a low-life to do his son the way he does you.

Instructors need to pay attention to the work or their students instead of standing outside smoking.

I’ve always been for capital punishment, but I think I was wrong after seeing Roger Dale Epperson’s picture in the paper. When I saw how bitter and hateful and miserable he is after being in that four-by-eight cell, I believe life without parole is good. Mr. Epperson, you’ve still got hell to go. Enjoy.

What’s up with Jenkins basketball making no changes after winning only one game last year? Do they want to get rid of their basketball program like they did their football program?