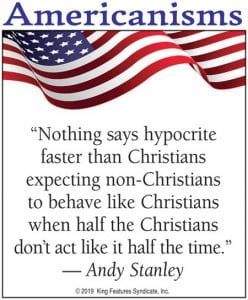 I recently bought a vehicle and found that the tax money is not coming to Letcher County, but is going to Perry or Pike County. Why is it that the county I live in is not getting the tax money that I pay when I bought the car here? If you buy a vehicle in a local car lot your tax money is going to another county — not your own. Why should another county receive my tax money? Can someone figure this out for me? What is going on?

Then you can have a revival in the church.

Pretty or handsome doesn’t count, if he or she is a godly person that makes him or her beautiful. I would like to meet a mentor of a man. Thank you.

Has anyone noticed that since the blacktopping was done there is a lot of water coming up beside the road, frozen in spots plumb from Isom all the way to the Virginia line? All that was blacktopped now has water seeping up through it. Something went wrong. Who is going to be the daddy of that when someone gets killed? This isn’t ‘ponding water,’ it is water that’s coming from under the blacktop. We have issues on our roads here in Letcher County and the state Transportation Cabinet needs to look into it.

Dear Speak Your Piece: We need a new federal government, with all current agencies gone, a new House and a new Senate. We need to get rid of the EPA, the CIA, the DEA, et cetera. Get rid of all of them — everything gone.

I don’t think there’s anyone on this earth who believes Joe Biden didn’t have anything to do with his son getting all that money he got from all over the world.

Bill Clinton was impeached for lying under oath. Democrats are all over my television, lying to disenfranchise and take away my vote. They are turning this country into another S.O. country.

It is not good when better is expected. Too bad it’s expected from Dad and Papaw when a kid just wants to be cool and be like the others and have a good time.

Why are we here on earth? That answer is about what happened in the first heaven and earth age, which was a war between God and His followers and Satan and his followers. The reason we are here now is because God wants to know if we love Him or if we love Satan. If we love God and develop a relationship with Him and do His work as our ability allows, we will be granted eternal life on the judgment day. Read 1 John 2:24-25. This is the promise He has promised us — eternal life.

A certain man from the Neon area who was convicted of molesting six little children is now out of prison and is already riding the roads. Watch out for your little children, your wives, and your husbands.

I was sitting in the Letcher County Courthouse the other day — actually it was on a court day, of all days — and it came to me: Are things getting worse in Letcher County or is it just me? Just wondering if anybody else has their two-cents worth to throw in. Thanks.

The government, with its constitution, does not give to any elected official or otherwise the right to interfere in your home life and put restrictions on you in your home. This has to stop. We sit back and let them do this stuff, but it absolutely is not right under the constitution.

Mike Baker will participate in being the new Santa Claus this year on Friday the 13th in Whitesburg.

People go to church and claim to be big Christians, but they would be better off if they would keep their nose out of other people’s business. The Lord doesn’t like meddlers and gossipers.

I can’t believe certain family members want to be called ‘family’ when all they do is rip their relatives off.

Mr. President, you are right about the water situation. People just waste it here in America. They’ll miss it when their wells go dry. Let them put portajohns behind their homes.

I saw where on TV where Mickey Stines is encouraging citizens to call into the sheriff ’s office and let him know what is going on in their neighborhood. I have tried to call and make a report, but no one will pick the phone up and talk to me.

God speaks in the Bible strictly against evil mouths. I knew a person who was an evil racist. He had a stroke, but all it did was affect his speech. He couldn’t talk anymore. This goes out to a person who needs to watch how she talks about people. God is very powerful. One of these days you might wake up and not be able to talk.

I live over here in Gordon, and everybody over here has nasty, oily-looking water with sulfur in our wells. We never hear any of the magistrates mentioning the poor condition of our water in the Linefork- Gordon area. I just wonder why. We’ve always been outcasts over here. I think someone ought to bring up the subject of water for the Linefork-Gordon area at the next meetings of the Letcher County Fiscal Court and the Letcher County Water and Sewer District.

I have noticed for the last two weeks there have been complaints about the Whitesburg Middle School in Speak Your Piece. I just have to say that I totally agree. Our classrooms are not being mopped and the hallways are not being mopped. Teachers see it, students see it, and parents see it. Something needs to be done. Thank you.

I’ve got a good idea for all you Republicans out there. Why don’t you move to Washington, D.C., and wipe the president’s behind every time he cries that there’s been another investigation run afoul on him? That will keep you busy.

As a parent who was at Whitesburg Middle School for homecoming, I want to say that every complaint I’ve been reading about is true. It’s never been this nasty and dirty before.

I normally am a pretty nice person, but the lady on 107 something in Pikeville is driving me insane with her annoying laugh.

I hope The Mountain Eagle will reprint these words Holiday Peak: ‘If you look for me at Christmas you won’t need a special star — I’m no longer just in Bethlehem, I’m right there where you are. You may not be aware of Me amid the celebrations — You’ll have to look beyond the stores and all the decorations. But if you take a moment from your list of things to do and listen to your heart, you’ll find I’m waiting there for you. You’re the one I want to be with, you’re the reason that I came, and you’ll find Me in the stillness as I’m whispering your name. Love, Jesus.’

I don’t understand where the always-Trumpers come from when they say God put DJT in office. Surely God can, just like God put Barack Obama in the White House. If it works one way, it works both ways. Why do you hate the one and accept the other? It makes no sense to me.

It shouldn’t come as a surprise that the U.S. Justice Department’s inspector general has found no evidence of any political bias whatsoever on behalf of the Federal Bureau of Investigation when that agency began its investigation into the Trump campaign’s illegal association with Russian agents back before the 2016 election. The FBI is equal opportunity when it comes to investigating Republicans and Democrats, and that is how it should be. By the way, where were all the Republican snowflakes of today when the FBI kept investigating Hillary Clinton’s e-mails right up until her election against Trump? I don’t recall a single Republican representative crying and asking the FBI to stop its investigation of Mrs. Clinton. Nope, they were all too busy laughing and screaming ‘Lock Her Up’ with Trump and his rally crowds. Karma always wins in the end. So suck it up, buttercups.

Something to consider: I once heard a preacher say ‘You’ll never see a hearse pulling a U-Haul. You won’t need all your worthless junk where you’re going.’ Similarly, you’ll never see an ATM located in a cemetery. Your money’s no good there.

My husband loves Donald Trump but he grosses me out to look at him. You would think that with all the money Trump has he could at least afford to pay someone to keep his skin from turning his face bright orange except for those two large gray areas around his eye sockets. No wonder Melania sleeps in a separate bedroom.

According to Abrahamic mythology God killed every first-born child in Egypt. That doesn’t sound very pro life or moral.