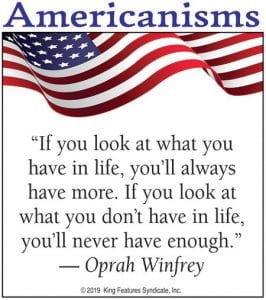 Governor Bevin’s recent pardon of the woman who gunned the boy down at Jeremiah has absolutely shocked me. That boy had not even started his life. That woman lived a long life of dishonesty and drug use and now she is free to walk the streets. I have to really question if Bevin read the story behind this case. I realize that innocent people do get locked up and I am all for fairness. There is nothing fair about pardoning a person who was proven beyond a doubt that she committed the crime. It’s all a matter of public record that she said she could not remember committing the crime. Yet, she dang sure seems to remember enough to convince people she is innocent. A full investigation should be carried out, because a shameful disrespect has been paid to that boy’s family. A complete disregard to the judge, jury and police who handled the case has been shown. Certainly the public, especially myself, can see the injustice.

Why doesn’t Trump just release the full transcript of the call he made to the Ukraine president and have the people who could prove his innocence testify on his behalf? Because it would show he’s guilty.

I will be so disappointed in the Letcher County Fiscal Court if the county judge and magistrates endorse this ‘Second Amendment Sanctuary’ idiocy. Stop dividing people. It’s foolish. How about focusing efforts on job creation and stopping the out-migration of Letcher County’s best and brightest? How about focusing efforts on new business and adequate employment? How about supporting a living wage and new opportunities? How about ensuring everyone has clean and safe water? How about addressing the issues around addiction and making sure Letcher County people have the treatment and care they need? There are so many issues that need serious attention. The Second Amendment ‘sanctuary’ idiocy is not one of them. Stop dividing people and using scare tactics to influence and manipulate common people. If this is the best leadership you can offer Letcher County, every one of you should resign.

I’m glad our president is taking a break from defrauding veterans and children’s cancer charities to crack down on corruption in … Ukraine?

. On December 18, 2019, members of the Democrat Party in the House of Representatives showed their great hatred for our nation and the American people. The Democrat Party is the enemy of the free nation of America. I will never vote for a Democrat again. I will gladly vote for Donald J. Trump for four more years and encourage everyone in this great nation to do so for the betterment of our nation.

Of the nearly 16,000 lies or misleading claims President Trump has already told during his first three years of office, one of his biggest lies is his claim that the stock market’s growth since he took office in 2017 is ‘unprecedented.’ That is pure bull hockey. The fact is — and please look this up for yourselves — the Dow Jones industrial average has gained about 45 percent since Trump was inaugurated. That number is well below the 53 percent gain the Dow Jones saw at the end of President Obama’s third year in office, and the amazing 57 percent gain in the Dow Jones that was recorded at this point in President Clinton’s first term. Facts are amazing things; it’s just too bad that such a large number of Trump followers choose to ignore factual information.

There must have been some magic in that little white bag I found, for when I put it in my nose I began to dance around.

I want to wish everyone a happy New Year from Frankfurt, Germany. It’s me, Ernie. I just wanted to say hello and see how everybody is doing. I’ll see if I can get hold of you at a later time.

Speak out the truth. My God, Governor Bevin, why in God’s name did you methamphetamine people out of jail, even a day early? I am sure glad you are gone. You hated marijuana because your rich friends would have had competition in all kinds of businesses. People, if you keep voting for politicians like Bevin you keep your neighbors down — the very ones who would help you. Wake up.

On December 23 I was getting gas at the Stateline Market and I saw a woman from a family in the McRoberts area arguing with her sister and shoving her. I have known this woman all of my life and she has always acted better than everyone else. She is a big bully. She told her sister, ‘That’s all right, I’m going to get you next, so you better be looking over your back.’ I’m glad this woman moved out of McRoberts. Thank you.

These dope dealers go out and change vehicles and license plate tags and do what they want and never do get caught. Some of them even dress their vehicles up to look like they are emergency vehicles.

I just tuned in to ‘Riding Around Listening to the Radio’ on Christmas Day and the announcer was on there doing his regular show. He must not realize that most red-blooded Americans lay off work on Christmas Day or call in with some excuse not to be there.

Everybody needs to watch out. One of the druggies on Cowan got busted, and she will start telling on everyone and everybody whether it’s true or not just to try to get herself out of trouble. Judge, keep her locked up.

Magistrate Jack Banks needs to be careful what he says to people, because next time he might not get elected. He needs to come off his high horse.

They talk about how Donald Trump is above the law, well, there are some people in this county who think they are above the law, too, because they get by with whatever they want.

I am so sick of hearing about the Democrats and the Republicans. Get rid of both of them. Abolish both parties.

To a certain woman who works in the Whitesburg area: I hope the darkest days you have ever seen come to you during this next year.

Common sense will tell you four guards on the floor at one time and your subbing is not working.

I was reading in the paper about 21,000 people being in jail; they’ve not been convicted, yet they are in jail. Whatever happened to a speedy trial? Turn those people loose until they are found guilty. Whatever happened with ‘innocent until proven guilty’?

Thank you, Coach Cal, for yet again giving us another University of Kentucky basketball team of which we can be so proud. What a great win you directed over the University of Louisville Cardinals on Saturday, proving once more why Little Brother will never be able to compete with Big Brother. Thanks to you, Coach, and your outstanding young players for making this holiday season just a bit brighter for us Kentuckians. We remain very impressed with the quality of young men you recruit to represent our university. Your players also show great class and dignity when they leave college for the NBA.