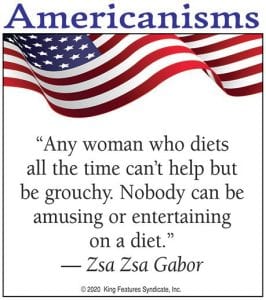 Thanks, TVS Cable, for an awesome Super Bowl. It was amazing. Not.

This is for a very special man who just lost his wife. In 1975 I moved to Blackey. As a young boy of five years old, I used to walk down the road and across the big wooden bridge to a place called Caudill Branch. There was a house on the right, with a very special man inside. He would always say, ‘come on up and get a seat.’ He was a one of the nicest men I ever knew. My dad got killed when I was a younger boy, and he was there to talk to me. I never have gotten a chance to tell him how much he helped me.

To the Letcher County Schools bus department: Do school buses have video cameras on them, from the time they start them up until the time they shut them down? If so, I would like to know why nothing is being done concerning the texting and talking on telephones while the buses are being driven. Also, why is nothing being said about smoking on the school buses? I’m talking about the drivers. They also drive at excessive speeds. One passed me at Jenkins the other day doing 67 miles per hour.

I remember when the Appalshop radio station, WMMT, used to play good music. I remember when the Chicken Man was on there at midnight. He would play all kinds of good music. Now they’ve gotten to where they don’t play any good music anymore. What in the heck has happened? You don’t even hear any good country music on there anymore, you never do hear any good rock and roll music anymore, and no good heavy metal music anymore. It’s all trash now. What is the deal? Appalshop radio has a problem its current deejays. Half of them are smart-alecks and won’t play anything the people want to hear.

I thought radio stations were supposed to broadcast our local news, events that are coming up in our area, and other things like that. Instead, we’ve got nothing but music, and when they’re not playing music they are talking about eating. I mean, I can listen to the radio station and gain ten pounds. A station is supposed to broadcast the weather and the news, not talk about what someone wants to eat. This is ridiculous.

How come the Letcher County Jail lets the men do the cooking, do the washing, and do everything else? Why do they make the women sit in their cells all day, seven days a week? They have no programs for the women. Why don’t they let the men sit still for a while and let the women do the cooking so they can have something to do?

What do you think about this, Mr. Democrat? President Trump has signed the greatest trade deal that any American president has signed since America has been a nation. I salute him, and whether you all like it or not you need to salute him.

I would like to ask a big favor of Mickey Stines and the sheriff ’s department. Please come over to Jenkins and patrol some. Goodness knows the Jenkins police do nothing but sit on their behinds. We need the druggies taken off the streets, especially the meth heads. I went to Jenkins the other day to go to Family Dollar and Dollar General and I counted six meth heads in the stores. They were so high they could barely walk and not a Jenkins police officer was in sight. Mayor Todd Depriest, you either need to retrain the police officers or clean them out and get some new ones. So please, Mickey Stines, come to Jenkins and get the druggies off the streets.

I will always have room for the people I love, just not for the bad company they keep. Got that?

I am so sick of listening to this NPR Democratic bunch. All they have talked about for six solid months is impeach, impeach from day one of President Trump getting elected. If a Republican calls in and leaves a comment they have nothing to say. They cut him or her off. But if you’re a Democrat wanting to bash Trump they will brag on you to the highest. Leave the man alone. He’s done nothing more than nary other president did.

Hello. I am an elderly lady, and it looks like I got me a new job today. AT&T asked me if there was any way I could get that tree off that main cable line out here that has my driveway blocked. I’m going to get me a chainsaw and I’m going out there to saw a tree down for AT&T. I wonder if AT&T will pay me for doing that?

I have a question. What happened to the animal clinic on Garner Mountain? I find the number is not in The Mountain Eagle anymore. What is a poor person to do with their animals when you can’t afford to go to Hazard or someplace like that? If anyone has any information, please let me know. Thank you.

Do the mainstream media and the Democrats all get together on Sunday evenings and say ‘we’re going to use this one word starting tomorrow and the networks must use this word in every sentence’? An eight-year-old child can see how silly this is.

Three questions: Number one; How is it possible that Hal Rogers can put $120 million in a flood relief project over in Martin, Kentucky when they don’t have any drinking water or even an actual town hall? Number two; How can people assume that an elected politician can do what they want as long as they think that’s what the people elected them to do? You may have elected the dog show judge but that doesn’t make him a plumber. Number three; What does the Bible say about eating pork?

The Democrat Party has thrown every nasty word in the dictionary at Donald Trump and still lost.

. Wouldn’t this be a wonderful world if everybody strived to be worshipping the Lord Jesus Christ, Father God, and the Holy Spirit on earth with us as much as they strived to watch the Super Bowl? My, my, my. The world is going to change, people.