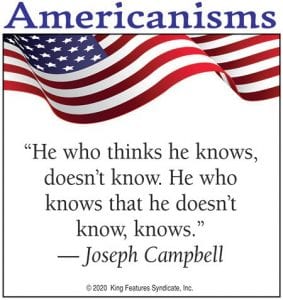 The neighbors up on Craft’s Colly need to mind their own business and quit worrying about what everybody else is doing. Thank you.

Well, several years have passed and we still don’t recycle glass in Letcher County. We have a machine that did that, but from what I understand, pill heads stole the power supply and no one ever replaced it. The way I understand it is that the county gets billed for the weight of our garbage at the landfill. Glass weighs a lot of money. Let’s start talking about recycling glass again in Letcher County.

Hey Doctor D, I wish you were still here with us. We could hit the little ol’ big road.

I read in The Mountain Eagle about the tragedy of the boy who died in Knott County from an apparent animal attack. I also read where someone was blaming wildlife authorities for introducing coyotes to the area. I am glad that comment was invalidated by facts. I have traveled around in my life and witnessed how coyotes behave. Although I am not an expert, I will share my observations of these animals. Yes, they are very migratory and have been known to travel great distances. They are unpredictable and aggressive. I have personally seen about a half a dozen coyotes take down a buck deer. They hunt in teams and cooperate with each other in stalking and killing prey. They are highly efficient hunters. But, purebred coyotes are noisemakers and usually they can be heard yapping long before they attack. The coyotes in this area are highly likely to be crossed with domestic dogs, which makes them somewhat worse because they have traits of regular dogs. Know why? The irresponsible people who have been dumping unwanted dogs out for years. Although coyotes usually don’t interbreed with domestic dogs, the environment created by setting dogs out has introduced the genes. Therefore, you have a crossed species some call coy dogs. The problem was created by people who carelessly thought dumping their unwanted dogs out solved a problem. I am truly sorry about what happened to the boy.

God bless America, God bless the president of the United States. We watched the voting in South Carolina and Joe Biden won. Did you see how quickly they got the news out that Joe Biden was ahead? When they thought Bernie Sanders was ahead it took two or three days to get that lined out. I’m not going to congratulate Biden, but I would say he could probably get a toothpaste commercial for the way he was smiling. He looked like a mule eating briars. Our president is doing a good job, so you all go ahead and waste your money campaigning all you want, but what you need to do is support America. What has the Democrat Party done for America?

Does anybody out there have a dumb idiot who does not look and steps on things without even caring what they step on? If you do, how about calling it in to Speak Your Piece? We would love to know more about stupid idiots, because I’ve got a big one who doesn’t even think about what he steps on or what he takes. Let’s see if we can get them to change their ways, which I doubt.

If a certain person who calls herself a lady really was a lady she wouldn’t go around giving people nasty looks the way she does. She acts like she’s sick, but she has nothing wrong with her.

To all you good and wonderful people out there: You better read your Bible. Jesus said if the blind lead the blind they will fall into the ditch together. I guess you could say that if you are supporting false prophets you could go to hell with them. Same thing, don’t you think? So be careful; don’t support them.

When it comes to volunteer fire departments, which government agency checks to make sure that no laws and regulations are being willfully violated? Which agency would someone contact if they had a complaint about nepotism, discrimination, harassment, slander or instilling a hostile work environment among employees? Which government agency checks to see that fire department funds and property are not being used for personal gain? Is there an agency that checks on fire department boards of directors to make sure that bylaws aren’t being altered illegally and that proper elections are being held?

I just want to let everybody know there was a couple on Sandlick knocking on doors and asking if she could come inside and get warm while he was waiting outside. This crack head stuff has to stop. I am warning all of you crack heads — you ice-eating people — that there is going to be a vigilante against you since law enforcement won’t do anything about the problem. You just better watch whose door you knock on before you knock on hell.

It’s time we quit playing with the meth heads and start taking this place back over. Let’s put them in the hospital with busted heads; is everybody for that?

We have a neighbor who makes her drug runs just about every morning while her man stays at home so he won’t get in trouble. I don’t see why the police don’t patrol the roads in Premium more, especially early in the mornings. Thank you.

Donald Trump and his crazy trade deals are killing the aluminum recycling business. I for one am not going to vote for him again, because he is a crook. Thank you.

To know how stupid and out of touch Donald Trump really is all you had to do was tune in to his press conference about the coronavirus last week. This man has to be the most ignorant and ill-prepared president in the history of our country. It will take decades to fix all the damage he is doing to this great nation of ours. The truly scary part is that at least 36 percent of the American people would follow Donald Trump off a cliff if he told them to do so, especially if he told them in a way that made himself look like a hero and everyone else look like a zero.

Sheriff Stines needs to start checking into some of these people who act like they are cops when they are not. That is against the law, and he needs to lock them up where the sun doesn’t shine.

Pert Creek has been like a nightmare with the traffic off of U.S. 119. We also have ATVs running from four o’clock in the afternoon until mid-morning. The noise is so bad you can’t even hear yourself walking through the house and back.

Is that gay gas station, by any chance, located in the upper end of the county?

Is a presidential debate anything beside a lying contest?

If everyone would be good and not get into any trouble, there would be no need for any jails or prisons. They wouldn’t have to sleep on the floor.

I just saw on TV where a police officer in Orlando, Florida walked into a school, took a six-year-old girl and put her hands behind her, put zip ties on her, and then took her to jail. What in the heck is that all about? When the United States is turning loose criminals onto the streets they do this to a six-year-old child? I had always respected the law, but I would like to see that officer try to put a zip tie on me. I would show him the difference between a man and a six-year-old child. God bless America.

(The cop, a 23-year veteran on the Orlando department before retiring and becoming a reserve officer, was fired shortly after the incident occurred last fall. The matter was back in the news this week after the release of body camera video, which showed the little girl being arrested after she threw a tantrum and kicked at least one teacher at the charter school she was attending.)

Recently Donald (Bone Spurs) Trump stood before several highly decorated generals calling them dummies and babies. How could a piece of human scum with an IQ of 86 and five military deferments say such a thing? The generals kept their cool knowing full well this president isn’t fit to shine their boots.

It’s a shame there is no law against being a jerk, because my neighbor on Kentucky Avenue would get a life sentence. I hope I’m around when karma shows up.

In answer to a comment in last week’s Speak Your Piece: ‘Mr. Trump, what have you done to America?’ You mean, besides let racism and fascism crawl out into the light of day? ‘We have record stock market growth, record economic growth, record wage growth, record low unemployment, energy independence ….’ All of which began before the traitor-in-chief ever got up the nerve to run for office. But you knew that. ‘… a more secure southern border.’ The southern border was never insecure, except in the fevered dreams of you racists. ‘… the appointment of more than 160 federal judges who are constitutionalists, including two on the Supreme Court.’ That’s a lie. Not a single justice appointed by Trump cares or even believes in the Constitution. ‘There’s not a president in the history of the United States of America who has done what this man has done in three years.’ This is true. If any president prior to this one had tried to sell us out, the entire country would have demanded he be dragged out in the streets and executed on the spot for high treason. Richard Nixon’s crimes pale in comparison to Trump’s. But you know that, too. ‘And quit rattling my chain.’ I’ll rattle your chain any time I feel like it. Now you can put that in your crack pipe and smoke it — if you can quit kissing Trump’s hind end long enough.

I just left Walmart traumatized. There was a young guy in there shopping and he stunk so bad. There is no way on this earth that he did not know he stunk. He smelled so bad that my nose is literally burning from the stench of this young boy. There is no excuse for anyone not washing off the filth and funk instead of traumatizing everyone within 50 to 100 yards of them. He stank up all of Walmart as he walked through there. Please, dude, take a bath.

Bernie Sanders and Donald Trump are the two most hideous men in the political history of the United States. Both are crazy egomaniacs serving as bookends to everything that is wrong with our great country.

Hats off to Letcher Central basketball coach Winston Lee. One can only imagine how good Coach Lee must have felt when his LCC boys’ team won the district tournament the other night. It’s too bad that our nice young coach has had to put up with a lot of negativity this season, especially from those few parents who kept questioning his coaching decisions. I like coaches who will sacrifice some wins in the regular season while building a team that wins at the end of the season. Great job, Coach Lee.