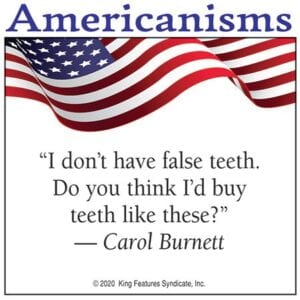 In order to vote by mail you have to provide your name, address, Social Security number and driver’s license. The only reason Republicans are against absentee voting is because they want to suppress the vote.

An October 2014 tweet from then-businessman and attention-seeking gadfly Donald J. Trump ‘Can you believe that with all of the problems and difficulties facing the U.S., President Obama spent the day playing golf.’ Fast forward to May 25, 2020, where we find President Donald J. Trump on the golf course even though his own failure as president has helped to cause the deaths of nearly 100,000 Americans who have died of COVID-19. What a hypocrite conman Trump was in 2014 and still is today.

To the four people who are in on stealing my stimulus check from the president: You all can claim you didn’t forge it, but I know good and well that you did. You also stole another family member’s check, too, and you forged it. I would have seen that check by now in the mail or it would have been deposited into my bank account. You four stole it.

I guess I’m the woman in Jenkins in the red SUV. I don’t drink, I don’t smoke pot, and I don’t take pills. Yes, the police know who I am. I go to Virginia a lot and come back and tell them things they need to know. I am pro-cop. I give out nutrition information every day. I am a natural health consultant and I try to save people’s lives. The caller is someone who holds a grudge against me and they are the ones who need to go to jail. Thank you.

I think it’s a shame they closed down all the vendors’ malls across Letcher County just because of all this stupid corona stuff. I think it’s a bunch of bull, is what it is.

Donald Trump wears lifts in his shoes, orange makeup, a girdle, Depend underwear, and a toupee. But he won’t wear a mask because he thinks it will make him look stupid.

I get tired of hearing the same old junk every day on The Swap Shop, especially the one from Dry Fork.

Well, the stimulus has come and gone. I don’t know where mine went. I spent a thousand dollars on women, wine and song. Then I turned around and wasted the other two hundred. I hope we get more soon.

Mitch McConnell told reporters that Republicans will not extend the federal unemployment benefits while McConnell and his fellow politicians draw six figures. Remember when you vote who cut your unemployment off.

To the Letcher County Republicans: I am a die-hard Republican. I have never voted Democrat in 40 years. Well, yes, I did vote for Donald Trump, but never again. I see my friends and family members literally worshipping this moron. How can you honestly follow a nut case like this just because he is a Republican? You are brainwashed to only vote for your party. So was I until now. He needs to be in therapy and not in the Oval Office. He lies about his religion; he lies about everything. I watch it for myself. His little robots make up excuses for his stupidity. I would vote for a speed bump before I would that antichrist.

Remember how many months we had to quarantine when Ebola and SARS broke out? How many tens of thousands died and millions thrown out of work? You don’t? Neither do I, because it never happened. We had a real, rather than a fake, president back then. And the vice president who helped save us back then is running for president now.

I wonder how many are going to pretend they are scared of the coronavirus and continue to draw their unemployment check?

Trump is still campaigning. He’s going to the top swing states. He doesn’t care what this pandemic is doing to the people. Trump doesn’t want the people to vote by absentee ballot because more people will vote that way. In 2016, most people went to the polls to vote. Also, they will probably discover how many dead people voted for Trump in 2016. But with the Rupert Murdoch and his Murdoch Mafia gang, they are going to make sure Trump stays in office. If he does, the United States will become a dictatorship. Now Trump is saying that if he can’t get his way nobody will get any federal money. It sounds like he wants a dictatorship. Well, McConnell will be able to help him control Congress more than ever with all his threats.

I see where the goofy orange man is taking hydroxychloroquine for that virus. I guess he’s washing it down with Clorox.

Trump and Mitch Mc- Connell did not send those stimulus checks — Congress did. The first draft of the stimulus bill was written by McConnell, but it would not pass because it was for nothing but the rich; no poor were included. If it wasn’t for Nancy Pelosi and others there wouldn’t have been a $1,200 check or extra food stamps. McConnell doesn’t care about anyone other than big companies — the airlines, hotels, banks. He doesn’t care anything about poor or middle class people. McConnell hasn’t been for the coal miners or the poor people for the last eight to 10 years. Cocaine Mitch only cares for the rich, when every year he adds $8 to $10 million to his own account. He’s an arrogant, lowdown, and smart-mouthed. Best not to vote him back in unless you want to bankrupt the state of Kentucky.

Welcome to reality. After you’ve been used up and tossed to the side like a rag doll you’ll realize what reality is.

President Trump could care less if the churches ever opened. He’s only after the religious vote. He could care less if the whole congregation dropped dead from the coronavirus. If you’re one of those who believes you can’t worship God unless you’re in a church with others during the pandemic, don’t call yourself a Christian. You’re a hypocrite Christian. I don’t feel at this time like I have to be in a church to worship. God hears me all the time. You’re not even much of a human being if you’re willing to be in a large crowd and risk hurting the children and the elderly or anyone else with this coronavirus. Thank you.

I read in Sam Adams’s great article that some people are really mad that we are going to be able to vote by mail. My daughter is a nurse and lives in Oregon where they have voted by mail for many years. She loves it. It has saved the state millions over the years in election costs, has proven to be much more fraud-proof, and it doesn’t take votes away from people who are sick, a student, can’t get off work, or don’t have transportation.

I see one of your readers knows the post office is one of our best buys. Do they also know that it runs without depending on taxpayer money? However, it is regulated by Congress, where it seems that some — including Mitch McConnell and his buddies — would like to see it die and are squeezing it so it can’t offer needed services. That would give them the excuse to privatize it and make a profit. Maybe they own stock in FedEx. Who knows why they won’t give aid to the post office during the pandemic.

I sure wish that whoever it is smoking down in that radio station below the Jenkins Post Office would go outside. We don’t want our mail to smell like cigarettes. I even sneeze when I go in there to get my mail. I wish they would stop it. Thank you.

Thank God our president finally swung into action Sunday. That is, he swung his golf cart onto the course. This means so much to the families of the 100,000 or so dead.

. To the county garbage warden: At Linefork on South East Road at the top of the hill on the right side, a blue Dodge Dakota Sport is dumping out a mattress at 9 o’clock on Friday morning. Dodge Dakota, find somewhere else to dump. Litter warden, be a coon dog and get on them. Thank you.

The White House press secretary was showing a check that President Trump donated to Health and Human Services. What gets me is that for the last four years we have asked to see his income tax returns and he does not dare show them. So to all you Republicans out there: I wonder why?

The people who are okay with putting kids in cages at the border because their parents didn’t follow the rules are the same people protesting wearing masks. It never has been about following rules.

Like the old church hymn says, ‘Give me my stimulus while I’m living. Let me enjoy it while I can. Don’t let it come when I’m ready to be buried, and then slip some change in my hand.’

(Thanks for the ‘singing.’ Our ears may never recover.)

To a certain man who is selling meth during the novel coronavirus pandemic: I dare you to sell to my children.

This past Memorial Day I mourned in addition to those who lost their lives in battle the old timers who survived desperate combat only to be felled by a virus. The result of having a reality star for a president instead of a genuine leader.

A 73-year-old man wearing clown makeup and who cries like a toddler when a woman reporter asks him a question is a strong leader in the eyes of 44 percent of the electorate?

To the ignorant Trump supporter who said, ‘All you dummies better quit saying bad things about Mitch McConnell and President Trump. I want you to know they sent me a check for $1,200 and I love both of them and I’ll vote for both of them and you better, too. If you say anything else bad about him I’m going to come up there and bust your nose. Now take that to the bank and see if you can cash it’: That was your money, you imbecile. The Republican Party never ‘gave’ you anything.

Today I found myself thinking about all the problems in the world and wondering if there is a reason why they continue to exist. Why is war and violence a common theme in human affairs? Why do nations continue to develop weapons that could kill millions of people and possibly end all life on Earth? Why is every human society plagued with murders, rapes, robberies, gangs, and street crime? The easy, thought-stopping answer is ‘Satan’. Even though I’m a man, I now believe males and their higher testosterone levels result in physical and political dominance in human society. That is why throughout history males have engaged in endless warfare, raping, enslaving and killing their perceived enemies. This pattern still continues as evidenced by today’s many armed conflicts. Male political leaders with a hyper-competitive and physically-aggressive temperament will always find some excuse to engage in war and violence. Prisons all over the world always contain a huge percentage of males. Street crime and gangs are mostly a male activity. Cults are almost always led by men. Domestic violence and rape are generally male crimes. Hateful religious and political ideologies seem to have mostly male leaders. Even God is usually perceived as a supernatural entity with typically male traits. In my opinion, men really do seem to initiate and continue most of the world’s problems. Think about it.