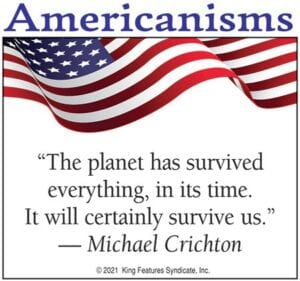 Love seeing this Kentucky Lady Kats volleyball team in action on ESPNU. Check the schedule and tune in when you can. These women may just win the national championship. Who knew watching volleyball could be so exciting? Check your ESPN channels.

(Thanks for the tip. The University of Kentucky women’s volleyball team defeated the Purdue Boilermakers Monday night to advance to the semifinals of the NCAA Volleyball Tournament being held in Omaha, Nebraska. The two-seeded Kentucky women will next play top-seeded Washington Thursday at 7 p.m. on ESPN2.)

What a beautiful time to take a ride in Letcher County with the redbud and dogwood trees in full bloom. So good to get back out there with some bit of normal in our lives again. You sure can tell people have moved out of the house and onto the roads with the trail they leave behind. We have great youth leaders in our area working with kids cleaning up the garbage surfacing after these most recent floods. Thank them for such a great job. As a community, many have stepped up trying to do something to make this a better place to live, visit and grow. A deeper look at the problem: If a bear scatters your garbage up a hillside onto someone else’s property do not look at it every day for nine months. This is still your garbage. Why should anyone downstream actually care about what they throw alongside our roads and in our ditches when plastic bags and bottles already jam up our creeks and rivers? This is 2021 and high time we think of the health and safety associated with this mess we are leaving behind. Time to deal with what all this trash is doing to our ability to develop economically and allowing our citizens to live in a community they can be proud of. We must begin in the headwaters and work our way down. If you see an opportunity to inform someone of their misdeeds being a ‘trasher,’ we must do what we can do about it when it matters so much. If you want to do something now, take one of those plastic store bags and fill it with trash. Start on your own ditch line and put that bag in your own trash. Clean out your car at home and carry a trash bag with you when you travel. Start a Saturday clean-up in your neighborhood and share your accomplishments on the Letcher County Garbage Patrol FB page. Do your part to respect Mother Earth as we celebrate 52 years of trying to make these changes in a world that forgot to care.

I am so incredibly glad we now have a president who is standing up to the Russians rather than sucking on them like the last one.

To the man from Neon who claims to be a churchgoing Christian and who sexually assaulted me: The truth will not only set me free, but will be known in May in Letcher Circuit Court.

Good news on the investigation onto the Republican terrorist attack on the U. S. Capitol: The first member of the pro-Trumpled mob has pleaded guilty. Hopefully he’ll name other conspirators so they can be brought to justice.

To the person who said, ‘I have never heard a Democrat say every legal vote counts’: That’s because you are a liar, just like the caller who lied by saying that Robert Mueller investigated Donald Trump cheating his charities and Trump University, et cetera, but was not able to find anything. Both of these callers know what they said are lies. Folks, wake up and look at these people posting here. They are not your friends and neighbors, and they are not the real Americans they claim to be. They are supporters of treason and fascism who would destroy themselves and their own children just to get to hurt someone else.

I would like to know why the local moto-cross races are using Sandlick Fire Department. When my brother’s son wrecked and hurt his leg, I asked them to help, and they said they said they could call EMS but that’s all they could do. What kind of response is that? Why would you not want to help a child that is hurting? Needless to say, we took him in my truck to the hospital. I will never again donate to this department. I have family that work fire/EMS in Hazard and they are fully trained to help people.

I wonder when ‘ The Swap Shop’ is going to come back on the radio. People need that. I don’t understand it.

. President Biden moves around like he’s got a diaper on. He ought to be in an old-folk’s home. Lord I regret ever voting for him. I was a hard-core Democrat — and still am — but not for Joe. Have a nice day.

I love it when the likes of Kentucky Senator Rand Paul and U.S. Representative Jim Jordan try to match wits with the renowned, highly respected, classy, intellectual epidemiologist Dr. Fauci. The good doctor makes both of them look like the simple-minded nincompoops they are.

I was just doing a little research about the gas prices going up since some of the far-right goofballs are trying to blame it on President Biden. I went back 12 months, which is when the price of gasoline started jumping. During the past 12 months it has gone up 22.5 percent. Since this is April 2021, I can honestly say that Orange Face was in office in April 2020 screwing the world up.

Dear Speak Your Piece: I heard Putin say that if we get sick enough of Joe Biden he will take him out, along with anyone else we need gone. You better watch out, Joe.

Dear President Biden: Thank you for the stimulus check. I really didn’t need it but I will spend it just as you intended, to put people in the service industry back to work. I will also give bigger tips to those hardworking waiters and waitresses just trying to eke out an honest living serving the general public. All of those people working for minimum wages and less deserve a much better pay for doing the jobs that most of us would not want to do.

Isn’t it great to pretend to be generous and give you a stimulus check while they steal it a million times’ that much from your children and grandchildren?

I sure do wish they would put ‘The Swap Shop’ back on the Whitesburg radio station. I sure do miss it.

I guess I’m going to have to call the attorney general’s office in Frankfort to get something done about the dog problem here. Our county government sure won’t do anything about it.

This is the Freedom of Speech hillbilly: I finally got my COVID shot. I told them I did not want the Jim Jones Cult Shot — Kool-Aid — or the Putin Cult Shot — Clorox — nor the Chinese Cult Shot — computer chips — nor the Trump Cult Shot, which has all these ingredients combined.

I was wondering why there are no pictures or stats in The Mountain Eagle about the Jenkins Middle and High School baseball teams. Thank you.

(While there’s a good chance that contributing photographer Chris Anderson will get to a few baseball and softball games before the baseball and softball seasons end, we also welcome photos and information submitted by coaches, parents, and other friends of all high school, middle school, and elementary school programs. You and others are welcome to Email photos to mtneagle@bellsouth.net. And don’t forget to identify the players shown in the photos.)

Concerning my oath to protect and defend the constitution: Your overwrought propagandist use of insurrection and traitors are known by some people as the Benedict Arnold Syndrome. And combined with not having firsthand knowledge or proof are symptoms of an intellectually deficient person. Yes, I am against unlawful uprisings in Portland, Minneapolis, Washington, D.C., or anywhere else. But I am most concerned about the political insurrection taking place in Congress at the U.S. Capitol by Joe Biden, Nancy Pelosi, and elected Democrats against the constitution. The people established authority over the legislative, executive and judicial branches of the government that must govern within the framework of the constitution. Anyway, for those who breached the Capitol on January 6, it’s a matter of law. And for those who assembles peaceably are protected by the first amendment. Thank you.

I wonder how Senator Mitch McConnell feels about his four years of blind loyalty to the mentally deranged President, Donald Trump, when Trump referred to him as ‘dumb SOB and a stone-cold loser’ for not helping to overthrow the presidential election results. When the 2024 presidential election comes around the general public will be saying, ‘Donald who?’

If a certain woman who claims to be such a fine woman really is a fine woman, then why does she go to the emergency room and act like she is dying just so she can get some medication? You think you’re fooling everyone, don’t you?

Why are the elite, racebaiting Democrats in Congress trying to convince millions of Democrats that they are not intelligent enough to get an ID or take a bottle of water with them to vote?

Are there any retired coal miners with 30 years or more of experience who have paid into federal, state, Social Security and Medicare taxes who have been turned down trying to get their federal black lung benefits? Do you feel neglected or thrown down under the bus? The government says it’s just another entitlement program. I wonder if it’s just another entitlement program to feed, clothe and provide housing for all those illegal immigrants? How much in taxes and Social Security have they paid in?

These elected county officials will do nothing. No wonder nobody wants to live in Letcher County. The people here have to live like dogs because the county won’t do anything for them.

I would just like to know why a certain baseball organization that calls itself a travel team has kids on it who are older than they are supposed to be? When you’re eight years old and have to compete against 10-year-olds because people lie about their ages, that is a shame. A lot of people know what you’re doing, and you will be reported to the USSSA baseball organization. So, keep on pretending like you are better than everybody else. It’s never fair to put kids in a losing situation. Parents need to look into these travel baseball organizations before they spend their money.

I am surprised by how none of those drug dealers in Doty Creek have ever been caught, indicted, and sent to prison for selling their drugs. They know how to get by with it, and everybody knows it.

God bless America. I turned on the TV this morning and the first thing I get is the preaching. There is nothing wrong with preaching; it’s when they ask for money that’s wrong. The bigger the money the bigger the blessings. I’ll tell you old folks something — and you young folks, too — you take that money you’re giving to the church and to the preacher and you go and buy yourself something and dedicate to God. You will receive the blessings that God intended for you to have in the first place — not the preacher’s blessings, but God’s. You take your money and do something with it besides fattening the preachers’ wallets. God bless America and God bless the Christians.