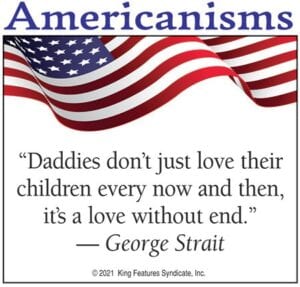 Speak Your Piece is supposed to be for someone to speak their mind. Yes, I want to speak my mind. It’s been a year since that bunch took The Swap Shop off the air, and it isn’t right. We need to be able to swap and trade. They ruined a good thing.

There was a girl on Sandlick who, if she had been a car, would have been a Lamborghini or a Porsche. Never would I have dreamed she would have turned into the Pinto I saw the other day.

Sitting here watching all the hateful lies being spewed out on Fox News tonight leaves me wondering how we Americans have gotten ourselves to such a low point that we would allow a multi-billionaire from Australia to pay the likes of Sean Hannity $25 million per year to divide us over pure nonsense to keep us from focusing on the fact that Rupert Murdoch and his billionaire buddies don’t pay a single cent in federal income taxes. With all that Fox News is doing to destroy democracy in the United States, you start to wonder if Murdoch and others at Fox are being paid by China or Russia to create all this dissention.

It’s amazing how some of these old chicks go to the beauty parlor and get their hair all dolled up and then put on lipstick and makeup to get some younger man behind the door in a motel room. Just who in the heck do you old girls think you’re fooling? Do you think you’ll be in the running for Playmate of the Year if Playboy is ever introduced to the public again? You all are nothing but a bunch of losers.

I want to say congratulations to the former Letcher County Central basketball coach getting the job at Jenkins. Just some words of advice, Coach: Go have fun, coach and enjoy it. Jenkins is just glad to have a team each year. Wins don’t matter to them, so good luck.

I heard that Joe Biden lost every single county in the state of West Virginia. I don’t know if that’s true, but if it’s true and Joe Manchin went against the Democrats a few days ago, what are they going to do about it? There’s not a thing they can do. Democrats made their bed, now they can lie in it.

I was just wondering why there wasn’t some kind of meeting or something held for the Letcher County people to get on what was going on with the driver’s licensing thing. I think people in the offices there knew more about it than what they were letting on. There is another election coming up, and if I was the main one over it — and you know who you are — I would shut myself off because people are going to vote for you the next time. I just think the citizens of the county were let down on this deal. Why are we even paying taxes? We can’t get any road work done, we soon won’t be able to get our driver’s licenses here, and we can’t get truth told to us in the PVA’s office. So, I think people need to be reminded about what’s going on.

(In reference to your comment and the two that follow, here are the facts: Letcher Circuit Court Clerk Mike Watts had NOTHING to do with the passage of House Bill 453, the 2020 state law that set up 12 regional driver’s licensing offices and will cause many Letcher County citizens to have to travel all the way to Prestonsburg for driver’s testing, license renewals, and required identification for voting. HB 453 was introduced into the Kentucky General Assembly by Rep. Sal Santoro, a Republican from Florence, near Cincinnati, on February 19, 2020. It was co-sponsored by eight other Republican representatives and five Democrats. The bill passed the House by a vote of 84-14 and the Senate by a vote of 21-10. Rep. Angie Hatton of Whitesburg was one of the 14 House members who voted against the new law. Former Sen. Johnny Ray Turner was one of the 10 Senate members who voted against making the change. As for Mike Watts, no other circuit court clerk in Kentucky has been as vocal in their opposition to the law and the changes it will bring. On January 29, 2020, nearly three weeks before HB 453 was introduced, The Mountain Eagle reported that the Letcher County Grand Jury had issued a formal statement opposing any law that could force the county’s residents to drive long distances just to get driver’s license renewed. Grand jurors issued the statement after Watts appeared before them to let them know that such a bill was coming. Less than a month after the bill was in fact introduced, the March 18, 2020 edition of The Mountain Eagle carried a front-page story detailing Watts’s anger over the bill and the fact that he had quit the Kentucky Circuit Clerks Association because of that organization’s refusal to fight the law. On October 19, 2020, seven months after HB 453 became law, the Letcher Fiscal Court approved a resolution opposing it.)

Everybody voted for Mike Watts, believing he was a good fellow. But if he doesn’t clear the driver’s licenses up so that people don’t have to go to Prestonsburg, he will never get another vote. The old people here can barely get the grocery store and back, let alone get to Prestonsburg.

We Letcher Countians are getting tired of getting the short end of the stick. Now they want us to travel all the way to Prestonsburg to take our driver’s license test and eventually to get our licenses renewed. It is not right. Mike Watts needs to do something about this. We need to go to Frankfort and have something done about it. We need to fight this, Mike, and win. Thank you.

When Mickey Stines ran for sheriff, I voted for him. But when I try to call him now, one of his deputies answers the phone and tries to act like him. He needs to do something about his deputies.

After my brother’s house burned down, I went to buy some dinners down at Dairy Queen and my brother told me to leave. All I wanted to do was try to help him. How can he be a preacher and do this to his sister? I love my brother and I told him that, but he told me to leave.

In the June 2 edition of Speak Your Piece, a caller stated that it’s funny how some Republicans don’t even make their lies believable because I said I had never heard of the sovereign citizens movement. This caller falsely assumed that I am a Republican. I left the Democrat Party in 2013 after 48 years because of the Obama-Biden administration using the IRS to harass certain organizations and the Democrats’ stand on abortion. Be informed that I am now not affiliated with any political party. Millions of people served, fought and died defending the constitution and your first amendment right to be a communist. You are a ridiculous human being and a scourge to humanity.

As a longtime reader of The Mountain Eagle, I’m becoming frustrated that the Letcher County Grand Jury just keeps charging people with drug crimes. I’m not sure what that means about the people of Letcher County. When I was a kid growing up there, the grand jury had bigger crimes to charge people with. I’m not sure whether the people or the grand jury are being lazy. We need more entertaining crimes in the county is all I’m saying.

Concerning the comment from the people who said the daddy died and the four children didn’t get anything: The four children treated their father like dirt and didn’t want anything to do with him before he got money. He claimed before he died that they had gotten enough from him.

Good day, my brothers and sisters in the Lord Jesus Christ. When you go to church, what do you take with you when you leave? Did you learn anything? Is the preacher teaching you anything? I have nothing against anybody, but does your preacher preach on? Preachers need to be addressing such things.

No, nobody has their head up your behind. You are the imbecile.

To the snobbish person who commented that the only true statement I have posted in Speak Your Piece so far is when I agreed with them that I didn’t have the brains or guts to rebut them: Actually, I gave a concise and accurate rebuttal to each of your imbecilic comments, but you are too ignorant to realize it. So please move on and let someone else occupy the idiot corner. Now I realize that to give any credence to the comments of an idiot is a waste of time. Thank you.

I would like to comment on the telemarketers. We pay our phone bill and they try to advertise on our phones. We get so many calls through the day that it’s impossible to answer all of them. It’s nothing but scams. I am pretty sure the telephone companies can do something to stop these telemarketers.

Not everybody realizes that Donald Trump is getting old and funny. My dad used to say there is no fool like an old fool.

The people of Jenkins need to make sure the city properly handles the money Joe Biden is sending and use it to fix the roads and make the water fit to drink. We need someone to clean up Jenkins. It is trashy and our roads are falling apart. We have to pay for water we can’t even drink. It’s not right that we have to pay for our drinking water in addition to the water bill we already pay.

I want to tell you about this garbage all over Letcher County. You can’t get people to even pick up after themselves and the county won’t do anything to them. The county has the manpower to get this filth cleaned up, but they won’t do it. The only reason we have garbage everywhere is because the county officials won’t do anything about it. They are too afraid of hurting someone’s feelings and losing a vote. That’s Letcher County for you.

West Virginia Senator Joe Manchin is among the biggest hypocrites in Congress. He has become a Republican in Democrat clothing. He may as well lock arms with Kevin Mc- Carthy and Mitch McConnell and waltz down to Mar-a-Lago and kiss Donald Trump’s behind.

If Putin lived in America, he would be a Democrat.

Isn’t it nice to see two women as beautiful as Caitlyn Jenner and Marjorie Taylor Greene become the faces of today’s Republican Party?

Miles apart, but so close to my heart. Hopefully we find each other again ‘831’.

I try to broaden my horizon. I’m sitting here watching ‘Nova,’ which shows the government spending all this money to try to do the same thing they did in the 1960s — seeding a cloud. They are telling me we put 10 billion tons of carbon into the sky every year. That’s a lot of burning. I don’t think the earth is such bad shape from burning fossil fuels. Lots of other things are in play, too. Anyway, God bless America.