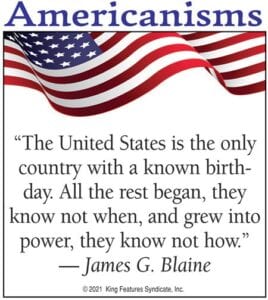 These people I know were sitting on their front porch and got terroristic threatening charges against all of them. They told her that if she called the cops they would burn her up in her house, so what is she supposed to do? I think they should do something to those people.

I know a woman whose man hasn’t been dead a month. She would like to go to the gravesite with her kids, but she’s afraid if she tries to go up there the people will get her for criminal trespassing. I think any graveyard should be free for people to go to.

Where does somebody go to get help when you have someone who needs both physical and mental help. They look at the physical side, but then say there is nothing wrong on the mental side. They have a degree in it, but they don’t have the training.

To a girl on Big Cowan: It may have been a few years ago, but we used to talk a lot. We went down and got water at the spring and ended up at Fishpond Lake. You know who you are. Shoot me a message in Speak Your Piece.

To all you people out there with garbage piled up all around your house: If you don’t have any selfrespect, at least have some respect for your children and your grandchildren. They are the ones who are going to have to do something with this nasty world.

To a certain very classy blonde: The next time you go to the walking track to meet one of your lovers from Virginia, remember to put all your clothes back on before he brings you back to your car.

To a certain old grouchy person: You think you are real smart when you give people dirty looks when they go by you. Guess what? You can’t live forever. You can’t go around playing like you are an angel when everyone knows you are really the devil.

I’m just wondering what we can do about all the robo calls we get through the day. It’s a shame you have to take your phone off the hook. I think we should be able to sue AT&T for giving out our names and numbers. This shouldn’t be allowed. We pay our bill, but we’re going to have to take our phone out. I’ve called the phone company and they won’t do a thing.

North Korea — you’re in a pretty tight spot, aren’t you, fat boy? How many of your people have died of starvation since you’ve been in charge? America has been blessed, Kim Jong-un, and you have been cursed. So, take it or leave it, we ship you rice and you give up your nuclear weapons.

I’ve laid here for a month with a broken leg. The pain finally eases off to where I can get a little sleep. I get to sleep and the phone rings. It’s one of those danged telemarketers. People, isn’t there anything in this world we can do stop this. This is ridiculous.

I was wondering why in the state of Kentucky, if you are too old you cannot play sports, but you can compete in archery against younger kids. Is archery not a sport?

To a certain person: You and your wife can live in your little fantasy world and pretend you are super smart, but in reality you are just two dumb hicks. But it’s your lie, so you can tell it any dumb way you want and believe what you want. The trouble is nobody else does.

You don’t know the difference between a head or a tale, imbecile, and when you put your head up mine you got the wrong conclusion. You thought you had found gold. You didn’t, idiot.

The mainstream media is an absolute disgrace to the real news people. You can’t beat the truth out of them. They have no morals, they have no values, they have no integrity. They can be bought and sold at the drop of a hat.

I was wondering how house arrest works. How can somebody go from required to stay at home to suddenly go out to the store, out to Jenkins, Whitesburg, Neon, all the way to Virginia, Lexington and wherever else and not get in trouble? I wonder about this. If anyone knows, please let me know how house arrest really works. I thought you were supposed to wear a bracelet on your ankle and stay home, not get to go out shopping.

You know how these preachers get up and say God talks to them and they heal people? Let’s go to 2 Thessalonians 2:11. It says, ‘And for this cause God shall send them strong delusion, that they should believe a lie.’ People, you know and I know these preachers are lying when they say they can heal the sick and open the eyes of the blind and make them see again. There’s you some good scripture. At least think about it.

I would like to thank the people who are standing up and trying to do something about this driver’s license stuff. Now that is a bunch of crap and I am one hundred percent against it. I think we need to go to Frankfort and get something done to fix this. I will do anything I can to help. Something needs to be done and done quick. Thank you.

If the lady who wanted to buy the house at Thornton, at 179 Goldenrod Drive, would give me a call at 633-1112 we could work something out.

To the Mr. Proper who lives in Letcher County: You got caught for stealing utilities. Wonder why nothing has been said about it. Karma is a B.

The point is this: How can you hold your head up in society and know that your girlfriend of 15 years is lying in a hospital bed while you moved another woman in? Oh, you are just so cool.

To a certain person: Get yourself an official Kentucky highway map, look at the mileage chart and double that stat to get there and back.

To the owner or owners of the dogs in Dunham, right beside the park, which is a public park for children to play in: It sounds like your children are going to be eaten alive, because the dogs bay incessantly. You need to either feed the dogs or give them some attention and get them out of that tiny enclosure or get rid of them. I am tired of my children not being able to play in the park because they are afraid of the dogs. Those dogs never stop barking.

The people who called in and threw Mike Watts under the bus over this driver’s license fiasco need to go on Wednesdays to either Food City, Walmart, Double Kwik or so on and buy a Mountain Eagle. If you are so ignorant you can’t read, then don’t bother getting one.

(It was amazing to get those comments criticizing Letcher Circuit Clerk Mike Watts over the coming changes in driver’s licensing, especially since he began a well-publicized effort to fight the new law even before it was introduced as a bill in the 2020 session of the Kentucky General Assembly.)

I just have one question for our young people out here today: Can you tell me if there was ever a bowling alley in Letcher County? If so, where was it located? Let’s see how many young people know this.

There’s an old green car that is very loud that runs up and down Cove Avenue in Jenkins, 24/7. And they aren’t going up there selling Girl Scout cookies, I can tell you that.

While listening to NPR, I heard them say the Colonial Pipeline was shut down for ransom last month by a criminal gang based in Russia. Just to let you know, the Keystone Pipeline was shut down by a criminal gang based in Washington, D.C., and the criminal gang are taking the American people for ransom by causing gasoline prices to raise. Anytime you have a Democrat in office you can look for our nation to be destroyed. America can never be great again as long as the criminal gang of Democrats are trying to destroy us. The Republicans like Mitch McConnell are a bunch of cowards who lie down and let Democrats destroy our nation. We voted for Trump. He was for us, not the Democrats or the cowardly Republicans.

You people who love the idea of going to Prestonsburg just to get your driver’s license renewed should vote Republican, since it was the Republican state representatives and senators who got this law passed. Also, the Republicans in Washington, D.C., are now working hard to make the working and poor people of our country pay for any new roads and bridges by increasing the tax on gasoline instead of making the billionaires pay taxes. Even our Republicandominated Letcher County Fiscal Court supports an increase on gas taxes. So if you vote Republican, you should be proud of your party’s leaders and tell them what a good job they are doing.