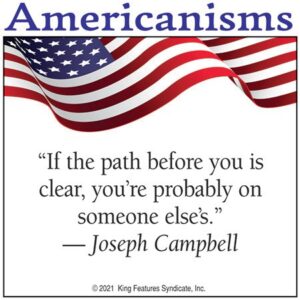 A lifelong Letcher County resident was recently invited to a book signing in St. Louis, Mo. The books, ‘Chop Vum, Hill 283’ and ‘The Men Behind the Scarf’ center on the bloodiest battle of the Vietnam War. The author of both books attended the Charlie Company reunion to meet with seven survivors of the battle. The books follow the 403rd NVA regiment heading home after the beating they took during the 1968 Tet Offensive. Along the way, they had wiped out three Green Beret, Special Forces camps, taking their food and weapons. They soon clashed head on with Alpha Company. Alpha’s 120 members were engaged with 6,000 battle-hardened NVA and Vietcong. Bravo and Charlie Company were dispatched to aid Alpha. In the seven-day fight, two medivac helicopters, two gunships, and a Phantom F-4 fighter jet had been shot down. Colonel Stinson, the brigade commander, was killed flying in ammo. All of Alpha’s officers were killed, and only 11 men were still fighting when Bravo and Charlie reached them. Bravo and Charlie had lost over 50 percent of their men, and aerial photos showed over 2,500 dead VC and NVA on the ground. The four primary characters in the books are General Jamison Hall of Durango, Colorado, a captain then, and Charlie Company commander; Sgt. Gary Hall, Lubbock, Texas, a platoon leader; Richard Hall, his radio operator from Salt Lake City, Utah; and Sgt. Jerry Collins, Millstone, Ky., an unassigned Ranger who had been sent with Charlie Company to direct artillery and do explosive work. Three received Bronze Stars and Purple Hearts. Collins received two Purple Hearts and the Silver Star. The books are available on Amazon and are being donated to the Jenkins and Whitesburg libraries.

It’ll be like a science experiment gone terribly wrong. If the ‘Unmask Our Children’ Trump sheeple have their way, we’ll see how many children’s lives they’re willing to sacrifice to show their allegiance to the golden golfer.

For the first time, the women of the United States won more medals than the men. If they were a separate country, they would have been fourth in the world. So, maybe Muslims, Republicans, conservatives, and Christians should start treating women with a little more consideration.

Is it true that a paramedic who was arrested for wrecking a FedEx truck while driving drunk is still working on an ambulance in Letcher County two days a week?

. The anti-mask, antivaccine cretins harassing the school board with their idiot lies and right-wing propaganda need to be run out of the country. No more excuses, no more chances, no more trying to play nice with these kinds of idiots.

As a former employee at a certain state agency, I would like to know how one of the top employees is allowed to pick his daughter up from the high school in a government vehicle.

I wish I did not have anything greater to worry about than dogs barking at 3 in the morning. It amazes me the things people come up with to complain about.

In the July 14 edition of Speak Your Piece, I gave my opinion about ‘wokeism,’ and suggested people should look into it and make up their own mind. But a weak-minded, intolerant individual could not do that and resorted to slanderous accusations and name calling, adding more strength to the proof that my conclusion was correct, that wokeism is a hateful, intolerant ideology foisted on the public by weak-minded people who disrespect the United States and the American flag. In the person’s rebuttal, he or she said they struck a nerve and called me Klanner Boy. Sorry, that won’t work. I am not a Democrat and I have a qualified for disgusting, weak-minded people. Thank you and have a good day.

Do you want to know what a low-down person is? It is somebody who goes and gets himself a woman twice as old as his mother is to have sex with just so he can brag and throw parties.

I was just going to let people know I took my car to a certain place in the UZ area to have it worked on and they kept it four months.

I would like to know how it’s right for a couple to draw food stamps when one lives in one house and the other lives in another house. Don’t you have to lie to do that?

I saw two people come out of Lilley Cornett Woods with two big sacks of ginseng. The people in charge better do their job and stop this.

I’m going to tell you about this garbage everybody is throwing out and why our elected officials won’t do anything about it. They are afraid they won’t get a vote at election time. That is bull. Letcher County is turning into what Trump calls a ‘s-hole,’ and that is what we are with this garbage everywhere. We look like we are living in Hades.

Gun manufacturers are being sued under the claim some of their guns are getting into the hands of drug dealers. But why didn’t they say anything when Eric Holder’s Justice Department sold AK-47’s to the drug cartel?

I talked to my granddaughter about taking the virus shot. She said she didn’t need it because people said it didn’t work. The people who told her it doesn’t work watched Rand Paul on TV. Well, the doctors say if you have the shot you are less likely to die if you get sick. Don’t listen to the politicians like Rand Paul, who is an eye doctor, listen to the doctors who know what they are talking about.

I think the sheriff ’s department should go to Little Colley and clean up the heroin dealing that’s going on over there. That and the pill-dealing going on there is terrible. The cars just keep coming in and out of that driveway. I’ve been almost hit two or three times.

Why are Mitch McConnell and most of our Republican officials so darn loyal to the multi-national corporations and to the billionaires of this country? They turned down a compromise make the tax rate at 15 percent for the wealthy. Why? Because it didn’t have any loopholes in it. Then they won’t vote to fund enough to the IRS to go after the wealthy cheaters, so we lose even more billions. And then they complain the infrastructure bill costs too much. Well, they are the ones who make it cost too much. How in the world are we going to vote for Republicans again? What has happened to our GOP?

There is something wrong with President Biden. He is not like our great President Trump. For instance, President Trump always took weekly vacations and wasting taxpayer money to fly down to Mar-a-Lago to putt around with his friends and to sit and divide the country up amongst each other. No, this President Biden hasn’t taken a vacation yet. For some strange reason he wants to work to pass this infrastructure bill and to fight against COVID-19 until it is gone. I just don’t understand it. Who would want to be like that? Why can’t we have another president like Hitler Trump?

Sam Adams, I sure did enjoy your piece in the paper about this garbage. We’ll never change these older ones, but maybe the kids someday.

Okay, it’s time to get vaccinated. There is some proof that if we all get vaccinated, getting the shot will stop the mutations. That means the end of the coronavirus. So, let’s get to Mountain Comp or the hospital or wherever and get it done.

This is to a very nice lady: I hope it’s you and I hope you decide to join me.

To two guys from Letcher EMS, one with tattoos on his arm and the other a short guy with glasses: You two guys have the best bedside manners there are. If every EMS employee could learn from you two, we would have awesome EMS services in our county. Thanks to you guys. You helped my mom and you guys are the best. I appreciate you very much.

I went to Early Bird’s Thrift Store in Indian Creek Road in Pound. I wish our thrift stores in Letcher County were like Early Bird’s. It is set up so nice. So, if you all are over that way, check it out.

Hey, Jenkins, what happened to your football coach? He resigned this week, and your band teacher also resigned this week. It seems it didn’t take them long to figure out there are problems. Good luck to the next coaches.

I would like to know who the person is who is going around and checking to see if they are vacant. I would like to get in touch with her. If anyone knows, I would appreciate it if you put her number in Speak Your Piece. Thank you.

Happy birthday, Ryan. I love you to the moon and back.

Well, well, look who’s out of the county jail. It’s the county snitch. Everybody knows you’re the biggest rat in the Jeremiah area.

I remember back in the days when they did teach reading, writing and arithmetic when if you missed a problem, you got a lick with the board. They beat the heck out of me quite often. In some states today, particularly in Oregon, they don’t have to have reading and writing and math to graduate high school. Check on it, people. It’s scary. How ignorant are these people going to be in 25 to 30 years?

To answer the person who would like to know why the U. S. Capitol was not prepared for the Republican terrorist attack, it’s because before the golden golfer was president no one ever thought such a thing could happen here; that a formerly major political party would adopt the tactics of Middle Eastern terrorists.