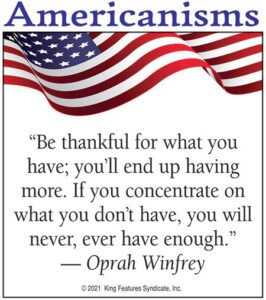 I would like to commend the owners of the fabulous Neon cement pond downtown. The white fence is complete and there’s a giant Santa beside of it. Still hoping for ice skating this winter.

There was a post regarding a woman in Smoot Creek that will supposedly sell any drug you want. Does she by chance sell Sudafed? It’s sinus season and I’m getting really tired of having to show my ID like a meth head every time I get a headache and need Sudafed. I mean, discreet transaction preferred. Let me know.

In 1973, under Nixon and the Republicans, inflation rose 9%. In 1974 it was 12%. And Nixon wasn’t having to deal with anything like the Trump Pandemic or the Trump Recession.

(MDJ) Happy birthday to the greatest wife of all time. I can never tell you how fabulous it is to be your husband, but I will spend my life showing you, my love. To be so humble, dependable, honest, and beautiful all in one is so magnificent. You are truly sensational in every way, a loving, caring mother, a perfect example of sisterhood, a superb daughter & daughter-in-law, as well as an unsurpassed wife. These are just a few small examples of all your attributes. For these reasons and too many more to list, every day as your husband is a blessing from God. Happy birthday. I love you forever and a day. (KDJ)

I have a legal question pertaining to those responsible for the January 6 insurrection at the U.S. Capitol. With the current summons, indictments, and possible convictions, would Donald Trump be allowed to run for re-election while he is in prison?

Maybe someone can explain something to me. I don’t know much about anatomy, and I certainly don’t know anything about rap music, but why do rap singers have to grab their crotch when they are singing? Do the vocal cords extend all the way down to that area?

Why would we pay $450,000 to families who came here illegally and knowing the risk, yet we don’t pay anything near that much to people who lost a loved one in war?

I am constantly appalled, but rarely surprised by the incompetence and deliberate or perhaps casual cruelty of some of the teachers and staff at Letcher County Schools. In this instance, I am referring to guidance counselors — and I use the term loosely — who drive wedges in families and do more harm than good by imposing their ‘cures’ on the most fragile students in the system. Then you have activities coaches who are either in it for the stipend or the sense of power and accomplishment they haven’t been able to pull out of their own experiences. Counselors in elementary and middle school aren’t there to tell students harsh truths, they are there to act as a buffer between the more sensitive ones and the harsh realities of education. Telling them unpleasant truths ‘for their own good’ are revelations best left to parents or professionals and not somebody with an on-line master’s degree from a regional college. Intensity in coaches in actual competitive sports, football, basketball, etc. is at least understandable since they are often held to unrealistic standards of achieving victory in a place with a shrinking population. But the activities coaches are there to work with students to help them develop a skill and have a good time. They are not required to act like drill sergeants and target the ones who struggle as objects of ridicule and scorn.

Can’t everybody see that ever since Biden got in as president how bad things have become? Gas prices have doubled, food costs have skyrocketed, and you can’t get parts. Now if this isn’t the worst president we ever had, you tell me who is. People, you better wake up. Why is he trying to destroy the United States?

I read where people were talking about wanting Jim Ward to run again for county judge. I am against that. Jim Ward did away with senior citizens, which wasn’t right. Everybody should be against putting him back in there. Thank you.

You are gone, Terry Adams, if I have anything to say about it. We need Jim Ward as our county judge again. I pray Jim Ward runs again. We need a judge who knows what he’s doing, and you don’t.

A few days ago, a rumor was spread about someone that is absolutely false. The source of that rumor finally got traced back to a certain old woman in Neon. The story was so twisted around it was nowhere near the truth, and it was very embarrassing for the young man who got his name smeared. It’s high time that everyone knows this sweet-looking little old woman is far from being a nice person. Just because she keeps her seat warm in church every Sunday does not mean she follows the Bible. One of the Ten Commandments advises against bearing false witness. This sweet-looking little old woman has been involved with romance scammers on the Internet for years, giving her scammers practically everything she had. Then, to try to cover it up, she has lied about other people taking advantage of her. Nobody took advantage of her, she did it herself. Time after time, she’s been let down by those crooks and she keeps right on believing their schemes. Scammers are professional thieves usually living in poverty-stricken countries. Here’s my advice to her: Honey, instead of just showing up in church and keeping your seat warm just to look good you need to get up from your seat in church and go as fast as you can to the altar and pray for forgiveness. Your lies have hurt plenty of people in the past. Lying on this young man about something you know nothing about is just another example of your wicked ways. You are pathetic. You really are.

I’m sure glad the Democrats keep bringing all the drugs into the country, especially the one laced with fentanyl.

I see where old Rand Paul was in Letcher County visiting. He has voted against every bill that has come up that would help Kentucky. He even voted against the infrastructure bill that would build roads and bridges and help us locally. I see where our people were flocking to him like bees do to honey. It’s a shame that our people would vote for a man like Rand Paul, who always votes against things that would help Kentucky.

I saw the people of Letcher County embrace Rand Paul. I don’t know how they can do that after watching him vote against the infrastructure bill that would help our state and every other state economically. I don’t understand it. He is against everything that would help the state he represents. I just wanted to speak my piece about this. Thank you.

To a certain dopehead in Doty Creek: If you want to come to my house to try to steal something from me, I guarantee you I have something waiting for you that will guarantee you’ll never get back up again. You think you are real smart, but you’re not.

To a family that lost a wonderful little girl: You are wonderful people I got familiar with about 10 to 15 years ago. She was a wonderful person, just like you are. Our hearts go out to each of you. I know it’s a little late, but God bless you all.

Have you ever noticed that when it rains men speed more on the highways? It’s a wonder we don’t have more accidents on the roads. Even I have more sense than that. Have some courtesy, folks. Watch your speed on wet roads.

God bless the veterans. You young people have the knowledge of the world in the palm of your hand. You need to look up what the veterans of the United States did for you so you can lie on the couch and push those buttons. Look up ‘leathernecks’ and see what a small band of Marines can do.

I hope you kept the last comment in Speak Your Piece 11-10-21, because no truer words were ever spoken. I am pessimistic about our nation repenting because too many atrocious sins are now considered lawful. Actually, the Bible says we will go into oneworldism, meaning government ownership. We are living in the final generation as taught in the parable of the fig tree that began in 1948 when the Jewish people returned to their homeland and became a nation again. Everyone needs to get into the Bible to learn what God expects of us. I think Shepherd’s Chapel has the best Bible teachers.

The recipe calls for one can of this and one can of that. You open the can up and it’s about three-fourths full.

Plastic in our oceans. You know how to stop that? Stop dumping the plastics in our oceans. Put a tax on plastic, make it happen. When we have to start drinking ocean water because we no longer have fresh water, I don’t want plastic in it. God bless America.

Thank God it’s Friday and we’re sitting in Blair Branch watching all the customers going to a certain person’s house to get their dope.

To the Harlan County Man: You say ‘Biden’s collapsing economy threatens all Americans’ and that he ‘also lies about our great President Trump.’ You must love telling bald-faced, unmitigated lies. You are a treasonous piece of you know what.

Read Jeremiah 1:5, Proverbs 1: 24, Jeremiah 8:12-13, and Psalm 9:17. America is going down. This nation’s leaders have shook their fist in the face of God and rejected God’s laws. God took the firstborn in Egypt and brought down Pharoah. God is angry with the wicked every day. Repent, America. Gas is now at a sevenyear high, ships can’t unload, trucking is at an all-time low. Give me a businessman president over a lifetime politician any day. Remember what we had, and it can’t be blamed on COVID, just on the way COQuality VID was handled. Get used to big government control and don’t think it won’t affect you and yours. Wait until winter heating prices, grocery prices, etc., start hitting. All prices will be going up and what is this going to do to small businesses?