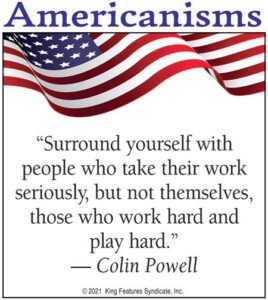 Folks are talking about how the coal mines are recovering. For that, you can thank Santa. There are so many people right now who are filled with hatred, bigotry, stupidity, and hypocrisy, Santa has had to order a lot more coal to put in their stockings. Even Scrooge had a change of heart, so it might not be too late for you.

This is to the lady who has been driving her little Camaro past my house and past me two or three times when I’ve been sitting on the road: Why don’t you stop? How about that?

To the person who said Whitesburg and Jenkins police are on call 24/7. You may be right, but not all of them are brave enough to go to those calls, nor do all of them do their job properly. For example: if they don’t feel the call is important enough, they take their sweet precious time. Trust me, I’ve been on both sides. No, I’m not an ex-cop.

I am so sorry for anyone’s loss who have had family members die from overdoses. I have also had loved ones die the same way. But please forgive the drug dealer. You also do not know what life they have lived or been through to get to where they are. Yes, they may have sold it, but who chose to buy and take it? This is coming from an ex-drug addict (I am still considered an addict even though I’m clean now).

To a former sheriff’s deputy: Yow does karma feel? You can’t call people’s personal phones and threaten to arrest them for no apparent reason than a comment on a Facebook post, nor can you tell them they can’t visit friends around the courthouse area now, can you? Also, the one comment I made was the dang truth and you and everyone knows it. Anyway, God bless. Hope you get right with the Lord because He is coming soon. I hope all you people who didn’t do the right thing, get right. There’s some of you that are good and some are bad.

If all our magistrates and county judge/executive are running for re-election then I, as a resident of District Three, would ask that our present magistrate publish a list of exactly what he has done for the people of this county since he’s been elected. He has never missed a payday, I am sure, and a lot of times he hasn’t had to go to work. To the magistrate: Please tell us why we should vote for you again.

I would like to know why our magistrate in District Five didn’t speak up when those ladies were complaining about their cemetery road needing to be worked on. I am surprised he did nothing, but it seems like he hasn’t done anything for us. I am also surprised our county judge doesn’t want to help when people need access to cemeteries. Thank you for giving me this time.

As a lifelong resident of Letcher County, I would like to say that I think we have the worst fiscal court I have ever seen. We don’t have any leadership and they don’t do anything to help the people. We need to elect new magistrates.

I met a girl about six years ago on the South-East Coal Company road. She is one of the sweetest girls I ever met in my life. She was full of spirit and would do anything in the world for her friends. I will never forget her. She was as good as gold to me. See you, Blondie.

To Tom: I have never met you yet I have listened to you talk for hundreds of hours. I fear I may be in love with you. Goodnight and God bless.

This is concerning a woman who has been involved with Internet scammers. She told me about four years ago about finding true love online. It’s really sad that scammers are able to get elderly people to believe they are genuine about true love and romance. Those people who scam lonely old people out of everything they have are professional crooks. I know for a fact that old woman has been told by many people what is really going on. I also know she tries to blame other people for taking advantage of her. She is the one who handed everything over to her scammers, but then tries to say it was other people. She did it all own her own.

I was in a funeral procession coming out of Whitesburg last week. We were not escorted by the sheriff ’s office even though I called and asked for one. They said they didn’t have enough people to do that. Well, all I can tell them is they better get someone who can do that because that is very disrespectful. Thank you.

To a certain woman in the other hollow: You must believe every word that old lying piece of trash has been telling you. If you knew the truth you wouldn’t be hanging around with her, because all she is going to do is use you for every dime you have. She’ll have you buying her groceries and paying her bills while she pretends to be a sick person who doesn’t have long in this world. My advice to you is to stay away from her.

People want to blame Joe Biden about the high price of gasoline when it’s the Arabs who raise the prices. Nobody wants to talk about the people who are making the high profits off the high prices, they just want to find something to blame on Joe Biden.

To a man on Sandlick: You say you don’t try to break people up, and that your work is done 100 percent satisfactorily. That has proven to be a lie. When you did something and went back to check on it and said you’d fix it you never showed up again. Well, that shows what kind of liar you are. You are like your work — sorry.

Could someone tell me what the deal is with there never being any paper in the gas pumps so you can get a receipt? There is also never any paper to wipe your windshield or check your oil with, either. This is ridiculous. Someone please help me with this. Thank you.

I see what the Republicans are mad about. It’s one coal train after the other going up the track here. The latest just went by here at ten minutes after seven. The Republicans can’t figure out how to do that. Yep, Republicans for coal my hind-end.

I see people growling about the Democrats and gas prices. They can’t remember when Trump was in office in 2018 and 2019 and the gas prices were nearly three dollars a gallon just before the pandemic caused them to fall for lack of demand. The price of gas was averaging $3.095 per gallon just before George W. Bush left office. Why weren’t the Republicans complaining then?

If you were mad about the Muslim attacks on 9-11, but not upset by the domestic American terrorists’ attacks at the U.S. Capital on January 6, where the terrorists stabbed police officers with American flags, Blue Lives Matter flags and Jesus Saves flags, you are a total hypocrite. I hate terrorists foreign or domestic. Anyone who supports that type of domestic terrorism doesn’t love America, no matter who you are.

It’s time for Americans to stand with the rule of law again, and ask yourself would you have been proud to bust a police officer in the head with the point of an American flag? If you would have, you proved my point that you support domestic terrorism and are a sad human.

To a certain woman: You keep flipping those burgers while I spend his money. Have a nice day.

Is the United States of America going to side with Taiwan if it gets attacked? Who we better be protecting is Israel.

If we’re going to survive on this earth, we better be coming up with ways to manufacture wood and paper products that don’t destroy our forests. Don’t tell me it can’t be done.

I just wonder when Donald Trump is going to invite the Taliban to Mar-a-Lago for some steak and caviar.

I’ve come to find out that these drug heads are the stupidest people in the world. Drug heads and drug sellers, have you ever noticed that when one gets caught — like happened down at Isom the other night — all of the sudden they make a big bust and arrest four more? Well, well, I guess that’s some of the ‘smarts’ they have. What they don’t understand it this: When they get caught they squeal like a little pig getting its gonads cut off. Hmm.

There were a lot of empty seats around Thanksgiving tables this year thanks to the ‘tRump’ Pandemic. Over 70 just in Letcher County.

I was watching KET a day or two ago and saw where it said people in Kentucky have switched their registration to Republican to the point that only 50,000 more people need to do so to make it a Republican state. I never thought that many people were changing over to be a Republican.

To those people who claim former President Trump kept his promises: Give us details on how much Mexico paid for his big beautiful wall; about his health plan better than Obamacare; his fixing our infrastructure; and whatever else he told the truth about.

To the person talking about the gas prices going up and how people are blaming the Democrats: Well, people should be blaming most politicians on both sides. Who do you think owns all these big corporations? Members of the elite one percent own them. They own the media, big pharma, and big corporations like Pepsi. Not all Democrats are bad and not all Republicans are bad, but I can tell you this much, the media is lying so turn off the news. Ground yourself and look to the sky. Pray and live in the spirit, not the flesh.

Burn more coal and burn plenty of it. I would like to say this to all those who believe the lie of climate change: Can you do anything to stop the sun from shining? Can you stop day and night? Neither can you stop winter from following autumn. Can you stop spring from following winter? God put day and night in order. He put summer and winter in motion. People that don’t believe the truth will believe any lie the lying climate change people say. The Bible is God’s Word. God’s Word is right, and if you don’t believe the Word of God, then you are wrong. Furthermore, plants need carbon dioxide to thrive, so what you green people are doing is hurting plants by not burning coal. God made the coal. He put it here to burn. Man doesn’t have the power to destroy the Earth. God will destroy this Earth with fervent heat. God brings storms on the Earth to wake up people to repent and turn from sin. Get ready to meet God.

Where are our Democratic Senators we once had as leaders of our party? Now Senator Manchin and Senator Sinema are the only ones standing up for the people. We need to open back up the oil and gas industry, protect our borders, stand up for the working people. Democrats need to stand up and speak out. Work to bring back the real Democrats.