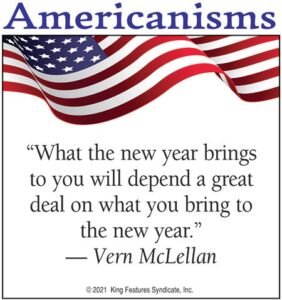 Driving back home from Letcher County and seeing the turnoff sign to Premium reminds me that I wanted to ask if anybody knows the current state of the proposed federal prison we were supposed to get down that way? How come people haven’t been raising pure Cain with the lying liars Hal Rogers and Mitch McConnell since they are the ones who stood by while Donald Trump took it away a few years ago? I feel sorry for the community members who worked so hard for the prison and then were misled by Rogers and McConnell into believing it was a done deal. Shame on those two. Their silence on the prison speaks volumes, doesn’t it? Thanks for listening.

I have a friend who has worked for the City of Jenkins for a long time. They finally got the COVID-19 money to pay the city workers extra, but at the time he was off on sick leave and they didn’t give him one dime of the money. I just want people to know what kind of mayor and city council we have that would do someone like that who has worked for the city all these years.

A big thank you goes to all the families and businesses in Letcher County that put so much work into putting up all the beautiful Christmas decorations this year. I loved them all, but for my money the best decorations I saw were at the house located on the left as you go up the hill at Thornton Gap before you cross into Camp Branch.

To all the people blaming drug dealers and Trump for drug overdoses: You all are fools and in denial. Blame big pharma, the elites and their scientists who decided to make addictive drugs knowing the outcome. I am not saying it is okay for the drug dealers to sell their drugs, but do not just blame them. Also, to the person a few weeks ago that made a comment saying that people intentionally overdosed because of Trumps presidency and all that: You are scum and wrong for saying that, because many people have lost loved ones to drug overdoses. Our government acts like they are fighting this problem, but they are a part of the problem.

To the person who asked how you can be a drug dealer and claim to know God: Well, we all sin and have our own demons, even you. I also hate to be the bearer of bad news, but if you or anyone else says you believe in God and know Him so well, then you would know that everything you have ever known has been a lie and we are living in Revelations. Wake up. We are not just one, but we are many. We have visions, see wonders in the sky, and many more wonderful things are happening to us because we have the faith the size of a mustard seed.

I think at this point if people have not caught on to what all this craziness that’s been going on since the 2020 election is all about, then you are a fool and the very reason why this puppet show is still happening. Also, the newest COVID variant is called omicron which is the name of a planet on the adult cartoon called, ‘Futurama’ that a reptilian character named Lrrr said he was from. People, pay attention. How far are you sleeping sheep going to let this go? Wake up.

(Lrrr (pronounced Lurr) is a fictional character from a planet that was called Omicron Persei 8 in the science fiction sitcom ‘Futurama,’ which ran on Fox and Comedy Central at various times between 1999 and 2013. The show was created by producer Matt Groening, who is best known for ‘The Simpsons,’ and has nothing to do with how the latest COVID variant was named. The variant omicron was named for the 15th letter of the Greek alphabet, which continues to be used by the World Health Organization to name new variants as they come along.)

Kentucky has absolutely no restrictions on bringing guns into churches.

You can thank the climate change denying Republicans for the warm Christmas Day we had. Not many white Christmases in our future, if any.

To the person who said, ‘suck it up and pay for your own stuff, people. We work hard every day to get what we have. Trump 2024, baby. This free ride stuff is going to be stopped soon’: Where do you work Trump-lover, besides spreading the Reichwing propaganda around every chance you get.

Yes, I saw where CNN and NBC are finding out slowly how expensive it is to try to destroy someone’s character. I’d say it is lesson learned given what they have to pay to that boy down in Covington.

People, can’t you see what Trump has done to this nation and to the Republican Party? It is destroyed.

Dear Speak Your Piece: Look up or Google the Cloward-Piven strategy and you will see what’s happening right now to America.

. What good did it do to raid the woman at Woodrock for selling drugs? They get out of jail quick.

If your power bill has doubled or tripled in the last two or three months you need to call Hal Rogers and Mitch McConnell and ask them to find out what in the world is going on with these power bills. This is ridiculous.

How can people be so cruel as to let an animal starve to death like the little dog I saw near Save-A-Lot in Whitesburg the other day?

Well, it’s Saturday once again and the same old stuff is on TV on Channel 91. It’s the same old wrestling reruns over and over.

I’m calling about what the singer and actress Bette Midler said about the people of West Virginia. She must have a cold heart to say what she said. I know she’s had a good life of luxury, but the people of West Virginia have a heart of gold, which is something she’ll never have. I feel sorry for her. There will come a day when she has to pay for what she said. The road to hell is paved with people like her.

Thank the Lord for Joe Manchin.

Concerning the candidates for election this year, I surely hope the Letcher County people are smarter than voting for some of these people who want to be elected. Some of them can’t read or write and some have never had any type of experience whatsoever.

Would it be right for the people of Letcher County to elect someone whose family members are drug dealers?

I just want to say that I thank the people who work at The Mountain Eagle for being so nice. They are really nice people, and I want thank them from the bottom of my heart. I hope you have a wonderful new year.

(Thanks, and we wish the same for you.)

I like to learn about the Bible, and I thought someone might like a new look at Genesis Chapter One. Notice the word created is past tense in Verse One, so the Earth exists. In Verses Two through 26 God is redoing, repairing, and creating things to make Earth habitable for the human beings He will create in Verse 27. He told them to multiply and replenish the Earth. The word them is plural, but many assumed this is one race of people. We know there are four major races of people on the Earth. I think Verse 27 is where He created all the races, because one race couldn’t and didn’t replenish the whole Earth.

We just want to thank County Judge/Executive Terry Adams and Magistrate Benny McCall for the gravel here on Marshall’s Branch. We really appreciate it.

I see the black vigilantes brought another person down.

Talking about the kettle calling the pot black? Trash would know all about evil, and that would be you.

I want to give President Biden more credit than what I’ve been giving him. I didn’t know his strategy, but it worked. What he did to stop the drilling for oil and gas on federal lands that has caused the price of natural gas to go through the roof. It has priced itself off the market, so the only thing left to burn is coal. Biden has brought the coal industry back and I thank him for that. The climate people probably want to pitch a fit, but he brought the coal industry back in a way I never thought you could. So I do want to thank him for that.

To the person who want up there and vandalized Fishpond Lake: We the people are tired of that. I am fixing to go around the lake and fill the road full of nails. If anyone out there knows who did this, they need to tell it or I’m going to fill it full of nails. That is stupid.

If you have a job, taxes are being cut to pay for your Medicare, idiot. The baby boomers don’t get anything from you. They are not in the way. Most elderly are good people who worked hard all their lives. They pay their own way. You and your wife are the ones we need rid of.

All the global warming, go-green people like Al Gore, Obama, Biden, and all these other country’s leaders think they can save the Earth, but they can’t stop what God said He was going to do. God created the Earth, and God is going to rain fire out of heaven and this Earth will melt with fervent heat. And they think they are going to save this Earth? God put coal here for us to burn. This is God’s Earth, not Biden’s or anyone else’s, and when God rains fire out of heaven we had better be on the Lord’s side or we will perish with the world. Repent before it is too late.