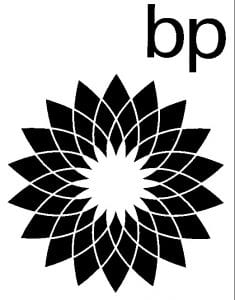 THE BOLD AND THE BEAUTIFUL — After returning from Baby Lizzy’s christening, Julius pulls Sasha aside the two throw barbs at one another about their past mistakes. Julius is adamant that she is the reason why his marriage to Vivienne is still in disarray and demands that she should return to Chicago. Caroline dashes any plans that Thomas has for their immediate future by explaining that she has plans of her own. Both Maya and Sasha realize that Zende and Nicole have taken their relationship to the next level. Bill lets it be known to Brooke, in no uncertain terms, that he will have nothing to do with her plans to reunite him with Katie. Ridge begins to worry about Eric and his involvement with Quinn and makes a plan to put a stop to it. Katie receives Bill’s settlement offer and is thrown for a loop when Ridge asks her to ask for more. Brooke is torn by Ridge’s requests of both her and Katie. Thomas and Sasha talk about Douglas and Caroline and Sasha gives Thomas advice on what kind of father not to be. Deacon visits Quinn and learns that she and Eric broke up, and why. Later, Ridge arrives at Quinn’s and lays into her for targeting Eric and disrespecting

Steffy. As much as Quinn attempts to be heard, Ridge refuses to allow it. He warns her to stay far away from his family. After Ridge leaves, Quinn receives an interesting text from Eric. Brooke is put on the spot when Bill asks for her help in getting what he wants from Katie. Bill confides in Liam his suspicions about Katie and Ridge. Afraid of what her presence will do to his marriage with Steffy; Wyatt pays a visit to Quinn to make sure she is keeping her agreement to stay away from Eric. Unable to help herself, Quinn lies to Wyatt. Liam visits Steffy to talk about Quinn and she leans on him for comfort. Liam makes a solemn promise to his ex-wife. Quinn becomes hopeful when Eric shows up on her doorstep unannounced. Eric assures Quinn that he will not allow his family to dictate his life; that he plans on making big changes. Wyatt returns home and is displeased to find Steffy there with Liam.

THIS WEEK: Wyatt assures his brother and wife that they have nothing to worry about when it comes to Quinn. Thomas overhears Julius telling Sasha that she is his biggest mistake and intervenes, telling Julius to show his daughter the respect she deserves.

NOTE: DAYS OF OUR LIVES HAS BEEN PREEMPTED

GENERAL HOSPITAL — Kiki told Ava to stay out of her business. Carly kept the peace. Franco received bad news. Liz told Jason to back off. A young woman showed up to Bobbie’s party. Party guests reacted to big news. Lulu delivered staggering news to Hayden. Sabrina discovered a familiar face is working at GH. Morgan confronted Ava. Finn confided in Hayden. Michael made a plea to a newcomer. Ava found her home in a state of disarray. Alexis asked for Julian’s help. Laura overheard a conversation between Kevin and Lucy. Jordan made Andre an offer. Ava and Laura shared an unexpected bond. Kristina issued an apology. Lulu had unfinished business to discuss. Obrecht came to Liz’s defense.

THIS WEEK: Finn made a serious accusation. Kristina was furious with Alexis.

THE YOUNG AND THE RESTLESS — At the hospital, Abby surprised Stitch when she told him that she rented a lake house for Labor Day weekend. When Abby suggested they take Max, Stitch wanted to hold off. Later, Abby told Ashley that the clinic wouldn’t give her any information on Max. At Lily’s office, Lily pushed for the Foundation to remove Hilary from the board. Hilary tried to explain how she’ll make things right for the patients in the drug trial. At the GCAC, Jill pushed Victoria’s buttons in order to lure her into joining Brash & Sassy. Later, Billy told Victoria that he wants her to join the company and help push Cane out. Kevin informed Mariah that he hopes to get back together with Chloe. At Chelsea’s design studio, Mariah did what she could to get Chloe interested in Kevin. Phyllis tried her best to be supportive of Summer’s relationship with Luca but urged her not to rush into anything. Phyllis was stunned when Summer and Luca planned to take their relationship to the next level. When Victor asked Phyllis to work with him to get Luca out of Summer’s life, Phyllis wanted nothing to do with him. Dylan was surprised to discover Chloe’s back in Genoa City. Chloe tried to convince Dylan that she’s not the mystery woman that was working with Victor to set Adam up. At the penthouse, Chelsea celebrated Connor’s third birthday.

THIS WEEK: When Nikki and Victor arrived, they’re shocked to see Chloe there. Meanwhile at the police station, Paul confronted Dylan about continuing to work on Adam’s case.