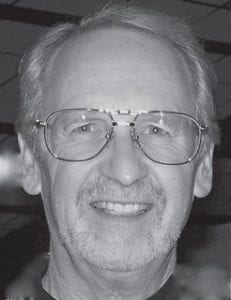 • Randall Cobb’s heartburn let fans get a glimpse of Raymond Sanders and Cosick Williams. Much to like.

• Coach Joker Phillips chewed out his team for sleep walking early against Akron and got a response. There will be no time for talking this Saturday.

• And, Ole Miss lost at home to Vanderbilt.

For Kentucky, time to push a boulder uphill again. The Wildcats head into SEC play with carpe diem — a “seize the day” opportunity at the Swamp without the laugh track. North of Gainesville statistical history in this series is relevant only as motivator in Lexington.

• Last time the Wildcats defeated Florida, Joker Phillips was a WR in the Canadian League, 1986.

• Last time Kentucky won a game in The Swamp, UK’s coach was a skinny sophomore (with hair) at Franklin-Simpson High School, 1979.

Today, Florida is 3-0, ranked ninth, fresh off a Rocky Top stomp and has not lost a home game in six years. Kentucky is ranked nowhere, its foes so far are 1-8, yet Big Blue optimism is no whistlepast the-graveyard bravado for a change.

Brings us to The Formula.

“On the road … you bring your toughness. You have to be able to run the football. You have to bring great defense and then your kicking game has to be the diff erence maker.”

Who said it? Urban Meyer after his Gators swallowed Tennessee last week.

So, we move to the audibles. Kentucky can match Florida’s off ensive firepower. Question to be answered – who will rule the line of scrimmage, dictate the enemy’s offensive rhythm? History tells us, when Kentucky’s in town, the Gator defense brings everybody early and fiercely and the Wildcats succumb quickly to the yips.

Defense. Will the Wildcats bring enough toughness, manage their game with poise and quiet the throats of 90,000-plus Gator baiters?

Kentucky’s best chance to win? Make it a track meet, 45 points might be enough. Maybe. Otherwise, on to Oxford.

Louisville did not lose at Oregon State 35-28 because of a late game interception that spoiled a comeback as headline writers suggested. The Cardinals shot themselves in the feet early.

Next, Adam Froman had a touchdown stolen on a fluke defensive play and because of his own poor ball security crossing the goal line.

The Cards played well enough to win at Corvallis and should have UofL will start a win streak this week at Arkansas State to build toward a stadium-filler game with Cincinnati on October 15.

WKU; Test Time On The Hill

Western football fans knew this script – September Saturdays were going to be like a movie, Groundhog Day. A nightmare repeating itself. So far, no surprise.

Yet, an ordinary IU team allowed a look into how far the Hilltoppers have to go to rid themselves of Uncle Charlie (euphemism for that losing streak thing).

Clearly, Willie Taggart must do MORE than earn his pay. The new man must work 39-hour days and 11-day weeks, make believers, make a miracle.

Toss the balls into the air, fellas. Its juggle time.

After three awful whoopins’ the Hilltoppers need a win more than the Democrats need a primary. They may be ready for a Bobby Bowden inspirational, lest team morale dial too soon to near surrender.

Man-up time. Call out team leaders beginning with Jared Clendenin. The team-co-captain’s unsportsmanlike rant after making a first half tackle cost his team 15 yards. Becomes a how-not-to-lead lesson for next time.

Defense. Western’s off ense created a how-to blue print on its first scoring drive against IU. Keeping the football, keeps defense off the field. Not allowing a foe to run 73 off ensive plays (IU), only one of which was a punt, is a goal that can be nourished into a solution.

The pass. Until Taggart can recruit a gang of 280-pound diesels with 12-cylinder motor pass rushers who love Western as much as he does, its time to forsake orthodoxy. Even a hair-brain wrinkle or two might prevent an enemy quarterback throwing 42 times, completing 32.

Meanwhile, there is Taggart’s schedule.

• Tonight, into the wee hours, tap into high school coach net- work. Find under-appreciated, under-the-radar prospects, get them to campus and persuaded they can be like Mike (McCoy), be the next Dale Lindsey, Joey Stockton, Neil Fatkin, Leo Peckenpaugh, Pete Walters.

Today, tomorrow, next day, next week and beyond, Taggart waves his red towel and calls for “Strike up the band, Hilltoppers! Lets create our own Rocky Top. We need our fans’ support.”

Beware. History is clear, unless Durant remains a team-first, unabashed patriot who loves the game more than self-promotion, and keeps his personal reputation intact, there’s a place for him on the heap next to James, Tiger and the rest.

And so it goes. You may reach Bob Watkins at
sprtsinky@aol.com