Cal tells fans to blame him, not players 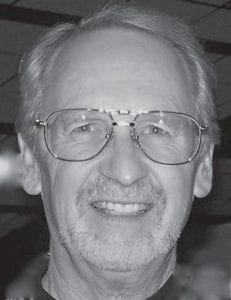 Disguised this time as a football, opportunity presented itself again last week — this time to a kid who resembles a Mark Twain character riding a raft on Big Muddy.

Green Bay Packers punter Tim Masthay is a gangly red-haired kid who was born in Pittsburgh and grew up in Murray with smarts, perseverance and pluck enough to be ready, recognize and seize the moment.

He gets a bonus check for $83,000 (before taxes) and soon enough a fancy, diamond-crusted exaggerated rock coveted by every kid who ever played serious football.

In Dallas Sunday night, Masthay boomed six punts, including a 51-yarder, and the Steelers returned four for a 1.5 yard average. Talk about field position!

Masthay is the carrot-top who shocked UK fans in 2007 when, knowing his clock would be a cleaned with much violence, had nerve and moxy enough to run from punt formation on a fourthand long for a first down in Kentucky’s Music City Bowl win over Clemson. 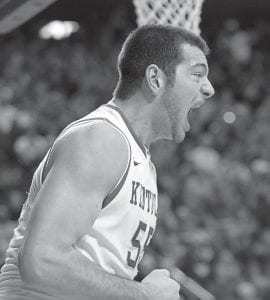 Kentucky’s Josh Harrellson reacted after making a basket during the second half of the game against Tennessee. (AP Photo/Ed Reinke)

Last year, let go by Indianapolis, Masthay sandwiched personal workouts around tutoring sessions with Randall Cobb at $10 an hour before a call came from Green Bay.

Before Sunday’s big game, Masthay dispensed credit with characteristic modesty. His rise to the pinnacle of football was because of Rich Brooks, Steve Ortmayer, Joker Phillips and more.

Good as it gets, right? Continue.

Next, a testimonial from home in western Kentucky.

“There’s so much pride. We’re so happy for him and we’re happy for our whole school system,” Masthay’s high school coach Rick Fisher told WPSD Sports in Paducah. “Very seldom in a school this size do you get an NFL player, let alone one that’s playing in the biggest game of all in the Super Bowl.”

Then Fisher got to substance. “As good of a football player as he is, he’s that much better of a person. He’s just fantastic. When he was at Murray High School he never looked down at the other kids. He always tried to encourage all of the kids.” 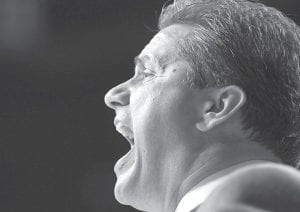 Kentucky coach John Calipari yelled to his team during the second half of their NCAA college basketball game against Tennessee Tuesday night in Lexington. No. 18 Kentucky won 73-61. (AP Photo/Ed Reinke)

Next for the kid from Murray?

A visit to Washington D.C., the White House, and a handshake with President of the United States.

On his radio show last week John Calipari urged blame-game comments about Kentucky losses at Ole Miss, then Florida, be directed at him “not these kids.”

Aftermath of the Ole Miss game, an almost imperceptible slide over. A Darius Miller apology. A what?

First, the media herd opted not to examine the final two possessions in Oxford.

With 43 seconds left, Kentucky had the basketball, a 69-68 lead and two timeouts. Options? A timeout first, to organize, right? Wrong.

Instead, the 10th-ranked (and confused) Wildcats frittered away a 35-second shot clock.

Next, Ole Miss took a timeout, got organized, set a play. When the huddles broke, apparently only two people on Planet Basketball did not know who would take the last shot. Calipari and Terrence Jones.

Smallest player on the floor at 5-10, Chris Warren came off a simple screen and had daylight because 6-9 Jones was tardy doing the slide-over.

When the blame game began, no finger was leveled at Calipari, who took an unused timeout home with him, and not Jones, whose anemic effort to pressure Warren allowed the little man’s prayer to be answered.

Instead, the blame went to Darius Miller for passing up a shot.

Florida’s win in Gainesville was no surprise. In part because of a raucous crowd, Billy Donovan preparation and Gator execution, and no UK answer for Chandler Parsons.

However, Donovan’s game management and a subtle defensive stratagem made the dif- ference. Florida allowed, no, invited Terrence Jones to fire up any 3-point shot he wanted. Jones did. While Doron Lamb was forgotten and drifted off, Miller disappeared (again), and Brandon Knight’s one-on-everybody brilliance was not enough.

The Boyle County native simply chose what we could call the Paul Hornung career path to the heavens.

Arguably, the finest high school football player ever in Kentucky, Hornung said ‘no’ to Bear Bryant at Kentucky in 1953, went to Notre Dame, won a Heisman on a bad team (2-8), became Green Bay’s Golden Boy and never looked back.

If Dawson proves to be up for the task, history says Mr. Football winners past with big-time credentials who left the state, fared well.

• Kurt Barker, Paducah Tilghman, Mr. Football 1987, is the only other linebacker prospect to leave the state. He became an All Pac-10 player at Southern Cal and went on to play for four NFL teams.

Today, Barber is an assistant coach at UNLV.

• Shaun Alexander, Boone County, Mr. Football 1994 was an All-American at Alabama, Heisman Trophy candidate in 1999, five years later with the Seattle Seahawks, was the NFL’s most valuable player.

Spinning off a Sports Illustrated feature, “A Sign of the Apocalypse,” comes an observation from an ardent and longtime UK basketball fan.

“I fear it’s going to be a long season for us Cat Fans. We’re so spoiled by decades of UK excellence that being patient has long ceased to be one of our virtues. Yet those of us with even a modicum of patience must surely know that the hard-driving Calipari, who has an overwhelming hate for losing and an unmatched knack for recruiting, will have a superior big man in next season’s lineup.”