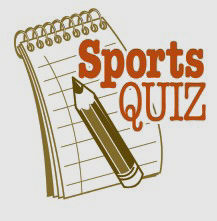 1. When was the last time before 2006 (not counting the strike year of 1994) that baseball’s playoffs did not have either the American League or National League champion from the previous year?

3. Name the last running back chosen No. 1 overall in the NFLDraft.

4. When was the last time the University of Kentucky lost in the first round of the NCAA Tournament in men’s basketball?

5. In 2007, Vancouver’s Roberto Luongo set a record for most saves by a goaltender in his first NHL playoff start. How many saves did he record?

7. In 2007, women’s tennis player Jelena Jankovic became the fastest woman to have 50 match victories in a season since 1974. Who accomplished the feat then?

1. In 1991, neither the Cincinnati Reds nor the Oakland A’s made the playoffs.

5. He had 72 saves in a quadruple overtime victory against Dallas.

6. Kevin Harvick, who finished fourth overall in the Chase in 2006.