Stallard to be honored for life’s work in Jenkins 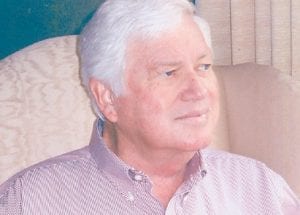 Jim Stallard, a longtime Jenkins businessman, will be the recipient of this year’s Lifetime Achievement Award, given annually by the Jenkins Homecoming Festival Committee.

Stallard was born in 1943 to Mr. and Mrs. Harry Stallard and lived on High Street in Jenkins. He was graduated from Jenkins High School in 1961 and attended barber college in Ashland for a year, then operated his own barbershop in Jenkins for the next 10 years. In 1972, he bought the Jiffy Market in Jenkins and operated it for three years. He bought Your Food Market in Jenkins in 1975, which he ran until 1979. In 1979, a 300,000-gallon water tank located on the mountain behind his store ruptured, and the flood of water completely destroyed the store and the home he had built behind the store. The flood also killed Dr. Perry and destroyed the doctor’s home.

Stallard decided to rebuild in the same location. He purchased adjacent property and built a store triple the size of the original one. His friend Joe Walters influenced him to get a Superior Food Market franchise, and the business was an instant success when it opened in 1980. Jenkins residents showed their appreciation for a modern food market by supporting the new business.

Stallard was always at the store to greet his customers with a smile and conversation, and supported school programs and other charitable fundraisers by giving donations and discounts. He operated the store until 1993 then went into semiretirement. He still maintains ownership of the store and leases the facility to the IGA Store.

Stallard has been a member of the Jenkins City Council, the Kiwanis Club of Jenkins, the Jenkins Mason Lodge and the El Hasa Shriners. He is an honorary Kentucky Colonel and belongs to the Jenkins United Methodist Church.

He has been married to his high school sweetheart, Alice DePriest Stallard, for 51 years. The couple have a daughter, Terri, who lives in Lexington, and a son, Craig, a pharmacist who lives in Jenkins with his wife, Sandy, and their son, Harry. Jim Stallard enjoys his retirement and travels, fishes, deals in antique cars and dotes on his grandson.

Stallard will be honored by the Homecoming Festival Committee on Saturday, August 24. He will ride in the parade, which begins at 10 a.m. on Main Street in Jenkins, and will be presented a plaque to commemorate the event at 12:30 on the stage in the Jenkins City Park.