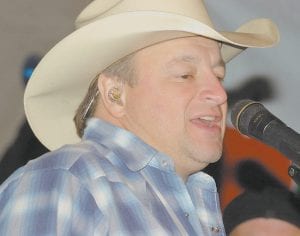 Country music artist Mark Chesnutt, shown in photo above, was the headliner for the Mountain Heritage Festival on September 29. The photo below shows Southern rock star Jason Isbell signing autographs after his September 28 show at the Summit City Lounge on Main Street. Both shows were successful. (Photos by Chris Anderson (above) and Joe Burke) 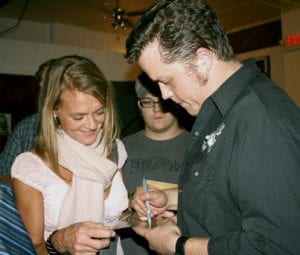