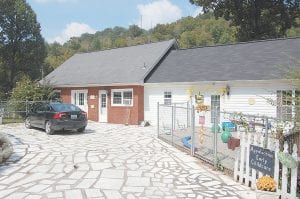 Citing a tough economy, tightened guidelines for state assistance and an increase in payroll taxes, the cofounders of a non-profit daycare center in Whitesburg closed the center’s doors on Monday.

“We were struggling,” said Bonita Adams, a cofounder of Appalachian Early Child Development Center. “We decided we couldn’t do this anymore.”

Adams said fewer parents are qualifying for state assistance for childcare and that federal payroll tax that had been at 4.2 percent jumped to 6.2 percent. “So that hurt us, too,” Adams said.

After examining bills and realizing so much less money was coming in, Adams and cofounder Faye Martin decided it was time to let go of the daycare.

“With the way the economy is, there is no hope for us,” said Adams. “It’s bad times.”

The center was hurt severely by large cuts to Kentucky’s Child Care Assistance Program, which offered financial assistance for childcare to families with low incomes. Known as CCAP, the program quit offering money for childcare to low-income parents who worked or went to school. The program was administered by the state Department of Community Based Services, which is faced with an $86.6-million budget shortfall at the end of the current fiscal year.

After that, he staff had dwindled down to Adams, Martin and Teri Ratliff, the preschool teacher. Twelve students were enrolled in the preschool program and Adams said it varied each day as to how many came to the center.

“Our enrollment was down,” she said.

Appalachian Early Child Development Center opened in 2003 in the old Holstein Hardware building on Main Street in Whitesburg. In 2006, the center relocated to Circle Drive in a brick house formerly owned by the Ulis Hunsucker family with three acres of land. A 600 square-foot preschool classroom was added to the house in 2010 and a handicapped accessible bathroom was installed. The center received some financial assistance from U.S.D.A. Rural Development for the $100,000 classroom addition project.

“We really did have our hearts in childcare,” said Adams. “We really did care about the children. We hope we touched them in a positive way that will carry on with them in their lives.”

Adams said Ratliff emphasized to the children to be good citizens, love one another and get along with others.

“It could be made into a nice business or a pretty home,” said Adams.