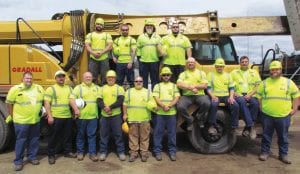 Drivers worried they’ll break an axle or warp a wheel on the potholes along Letcher County’s state highways may soon be breathing a sigh of relief.

The Kentucky Transportation Cabinet announced this week that road repairs are beginning. Work zones have already been set up in some areas, such as KY 588 near UZ where crews are repairing an area where the road slid off the hill, and beside KY 15 at Isom where heavy equipment was draining a depression created by a clogged culvert and heavy rains.

Other work is expected to begin soon, including reconstruction of US 119 North between Pine Mountain Junction and the entrance to Letcher County Central High School.

Asphalt plants reopened at the first of the month, and workers are preparing to patch areas that need it, and begin construction on road improvement projects as the weather gets warmer and drier.

The Department of Highways is asking that drivers slow down in work zones and watch out for workers on and alongside the highways. Twelve people died in work zones last year in Kentucky.

“We want that number to be zero this year,” Jimmy Queen, Work Zone Safety Coordinator for Highway District 12, said in a prepared statement. “State workers can’t do this alone. People driving the roads must be our partners for safety.”

Drivers should be alert for reduced speeds and lane closures, and officials asked motorists not to speed ahead and try to cut traffic when a lane closes.

“Not only is this dangerous, it’s rude and unnecessary,” Queen said. “You aren’t saving any time. In fact, if you drive 45 instead of 55 through a five-mile work zone, you only add 1.2 minutes to your travel time.”