By STEVEN WINE
The Associated Press 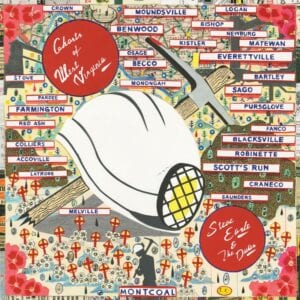 The singer-songwriter known for his liberal views undertook a project that would speak for the other side on the issue of coal mining. Earle’s empathetic attempt to address the divide has resulted in one of his best albums: “Ghosts of West Virginia.”

The set draws material from the 2010 Upper Big Branch mine explosion that killed 29 men. Earle wrote folk songs for a play about the disaster, and has used them as the foundation of a concept album that considers coal’s role in the life of West Virginians from their perspective.

Earle’s grunting, gravelly tenor is perfectly cast as he assesses the state’s mythology and geology. On the song “It’s About Blood,” a fanfare for the common man, Earle lists the victims of the 2010 tragedy, his voice more anguished with each name recited.

“Black Lung” offers a nuanced, wrenching look at another aspect of the risky profession. “If I Could See Your Face Again” is a lament from a miner’s widow sung beautifully by Eleanor Whitmore, part of the crack quintet that provides Earle with mostly acoustic support in mono, reinforcing the rootsy vibe.

There’s poetry in the simple observations of the songs, which are even more topical than Earle intended as his characters weigh the need to make money versus the risk of not being able to breathe. Sound familiar?