Stoops named QB while all eyes were elsewhere 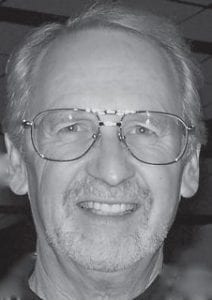 Calm before the (football) storm.

May UK fans presume “A Kentuckian at quarterback, we’ll be better.”?

This week, with Planet Football back in proper orbit, the August countdown and media exposure resumes. v First out of the box, Western Kentucky opens C-USA on a Friday night. For fire-’em- up purposes and Big Mo, the home opening Hilltoppers are a touchdown-plus underdog to Bowling Green. Grrr. v Next day, Kentucky’s game will be “OK, Stoops, let’s see what you got” followed by the proverbial “do we need to line up for Big Blue Madness tickets or wait?” v Rounding out Labor Day weekend, Louisville gets Miami in Cardinal Stadium for a Monday night prime-timer. Second coming of fallen angel, images of a contrite Bobby Petrino.

Just what the doctor ordered.

A two platoon to dazzle then run competition to exhaustion and submission. Included a comeuppance in game six, letting coaches bring home a prize too. A video titled perhaps, “See, you guys got work to do.” v Alex Poythress’s play reflected joy and maturity UK fans appreciate from three-year college guy. Derek Willis, on any college team except the one he’s on, is a starter. v Rookies Karl Anthony Towns and Tyler Ulis are special. Bluegrass State style players – savvy, unselfish, relentless, skip the showboat and feel the game.

Jersey numbers. If Power Five has its way, makes its pay-to-play rules, popularity of Towns’ number 12 and Ulis’s number 3 could boom into big walk-around-cash … and three-and-done.

Meanwhile, all the world may be a stage, but only the cunning know how to seize it, bask in glow of The Solo. Produced by ESPN, written and directed by and starring John Calipari.

Real stars of this show? The two-platoon Wildcats.

Teams on UK’s schedule will quake. The tsunami is coming. None on the schedule, I can see, should beat Kentucky without help. Help? v Playing time unhappiness. v Injury or illness. v Too much media and fan attention. v Coach whine (on court) at game officials. v Paranoia. Calipari’s lower- expectation- tweet warning last week? Sabotage. Sabotage? v Jay Bilas. ESPN’s college hoops pied piper fell in love in Nassau. His swoon over Kentucky leaves one to wonder about Bilas’s welcome when he shows up in Durham, Ann Arbor, Syracuse, Louisville and others? v Bilas’s UK locker room talk to players was remarkable. A seminar in truth, possibility and reality. Maybe part II will deal with “… when the ball stops bouncing.”

Next, Bach will play at Bellarmine U. for Scotty Davenport. Kid’s numbers beg a visit to attitude. In a press release, here is Bach’s approach. “I want to improve … I know I have a long way to go. I have to get bigger and work on my passing. There are several really good big guys on the team … I want to be able work with them and make them happy, too.”

Context. Thousands of Kentucky kids have taken the right and realistic attitude to college, one said this: “I could run, jump and hustle, put the ball on the floor. I got out on the break, filled the lanes.”

Was 64 years ago. Kid’s name was Cliff Hagan. Pure Kentucky.