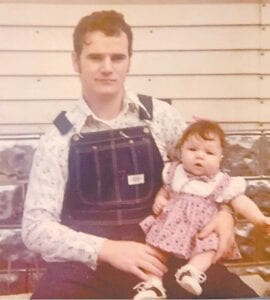 Well, another Father’s Day has come and gone, and this made 16 of them without my daddy, Marshel Tacket, and 14 without my father-in-law, Dawes Yonts. Both of these men were wise beyond their years. Men of that generation were a Jack-of-all-trades and taught their sons to be also. It amazes me sometimes what my husband knows about plumbing, electricity, carpentry, mechanics, and on and on, that he learned from either his daddy or from mine.

I was at a loss for words this week and asked my sisters if they had any ideas for the column. My baby sister, Delores, is the most like Daddy when it comes to telling stories and she reminded me of a few that involved Daddy.

My daddy was also one of the best storytellers you ever heard. He liked to tell stories, though, that really happened to him, somebody in the family or someone he knew. I think he had to embellish them every once in a while, though. Lots of his family were storytellers from way back. His sister, Esther Tackett Wagner, was so much fun to be around and listen to. I surely do miss them. I would love to be able to just sit and listen to them talk about growing up on Caryville Mountain in Campbell County, Tennessee. 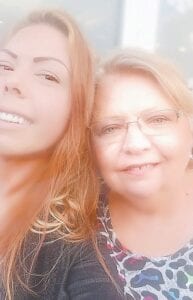 We took very few vacations, but when we did, we would go there and stay with my Great Aunt Biddie Tackett Davis and her husband Ransom Davis. Can you imagine taking your five children to someone’s house for a week?

Here’s a story that Daddy loved repeating. While at Aunt Biddie’s on one of these aforementioned vacations, we were sitting at the table and Ransom picked up a biscuit and began to question Biddie, “Biddie, just what kind of flour did you use in these biscuits?” Aunt Biddie quickly piped in, “Now, Ransom, before you say anything, Dorothy made the biscuits this morning.” Mommy claimed Aunt Biddie had plain flour and she herself was used to self-rising.

Another one Daddy loved to repeat that happened there was about a coffee cup. We were all out on the porch where everybody gathered in the evenings just to sit and talk and watch the squirrels jump from limb to limb in a mulberry tree in the yard. Aunt Biddie brought Daddy out a cup of coffee in a cup with no handle. Ransom said, “Now, Biddie, why in the world don’t you bring him a cup with a handle on it?” Aunt Biddie said, “Now, Ransom, I don’t know why you want to go and put on airs like that. You know we ain’t got but one cup in this house with a handle on it, and you got it!” 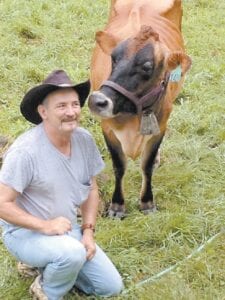 Kenneth Holbrook celebrated a birthday on the 13th.

Just a few birthdays this week. Mary Ann Morgan, one of my sisters at Letcher Independent Baptist, had a birthday on June 20. Debbie Baker Mayes will celebrate on the 23rd, and Janice Foster on the 25th.

I found out my good friend Faye Martin will be having some tests run this coming Thursday in Lexington, because of a questionable mammogram. Please be praying for this and she also has some family members with serious health issues that need your prayers.

Also, remember our niece Alison’s husband, Shane Shuffler. He has been having some health problems. There was a call came from the Millstone Missionary Baptist Church prayer line this evening, and Peggy Wilcox is also having some tests run and wanted everyone to pray for good results. 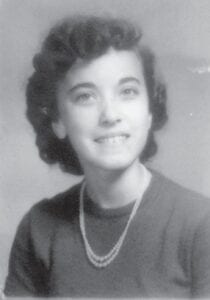 Please also as always remember all those that have lost loved ones, especially my pastor, Bill Jones, and his wife, Sandy. Also, all those in the nursing homes, especially my Aunt Linda Joyce Pennington Hall. My sister, Charlene, said they called this evening and said they are sending Linda to the hospital for bowel problems. I’m sure Bill Craft desires everyone’s prayers for June Craft, too.

I hope everybody stays safe and has a good week.