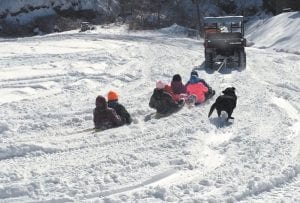 A group including Ashley, Kerrigan and Paylan Bolling, Hailey Pease and Emma Fox enjoyed a ride across a snow-covered lot Tuesday as their sleds were pulled by an ATV as a pet dog tagged along. 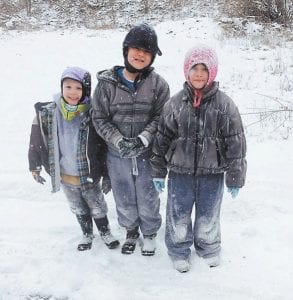 Mykala Moore, Bryson Sandlin and Brackstyn Baker took time out from playing on the snow on Sandlick Monday to pose for this photo. 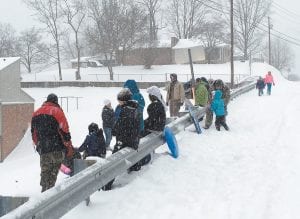 Parents and children looked on as other rode sleds down a steep hill in West Whitesburg Wednesday afternoon as Letcher County was being pelted by what would be at least a foot of snow. 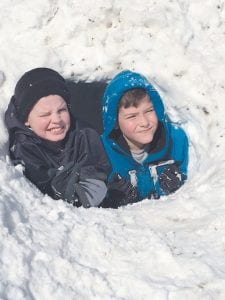 The sun was shining for a bit Tuesday when Matthew Wilder and Nathan Bolling peaked out of their igloo on Cram Creek at Mayking. 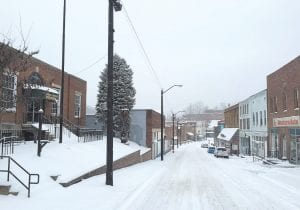 Not a creature or person — except the photographer — was stirring on Main Street in Whitesburg around 4 p.m. on Monday after downtown workers left for home while they could still get there. 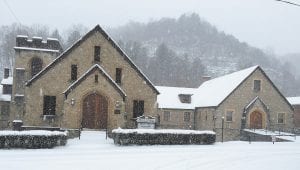 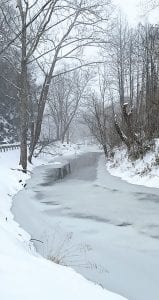 Ice was forming in the North Fork of the Kentucky River at Mayking when this photo was taken Tuesday night. The river will be frozen solid at this location if colder temperatures arrive in the area as expected as the week continues.