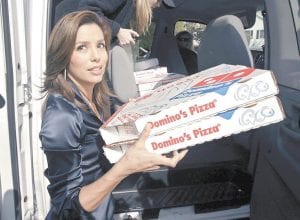 It seemed the new TV season had just started, then, suddenly, the stream of new episodes threatened to run dry.

For the most part, you can relax for the rest of the month. Even with TV writers on strike, most of your favorite comedy and drama series have episodes on tap through November, and even beyond. But a few will be in reruns all too soon.

– “House,” with six episodes left, will be fresh through November, with the last few airing in January – one of them following Fox’s broadcast of the Super Bowl.

– “Samantha Who?”, ABC’s new hit comedy, has eight episodes in the can.

– The “Crime Scene Investigation” trio, “NCIS,” “Criminal Minds,” “Without a Trace” and “Cold Case” each have three to six more episodes to run on CBS.

– “Desperate Housewives” airs the last of its current stock of new episodes Dec. 2.

– Fox’s New Orleans-based “K-Ville,” which shut down production this week, has three new episodes left, with dim prospects for shooting to resume poststrike on this low-rated freshman drama.

– “The Office” will head into rerun mode on NBC after this week’s episode. Among other things, shooting has stopped because star Steve Carell won’t cross picket lines.

– Despite a report that Fox’s “Family Guy” would air its final new episode this past Sunday, the cartoon series will be new through November, the network said.

– The planned January return of Fox’s “24” has been postponed indefinitely. Since only some of the series’ 24 episodes have been shot, Fox didn’t want to risk beginning a new season that might be interrupted.