Study finds older people have more sex than you might think 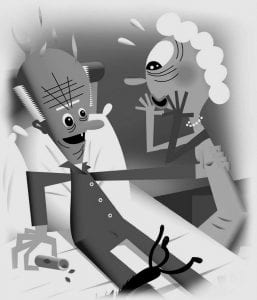 An unprecedented study of sex and seniors finds that many older people are surprisingly frisky – willing to do, and talk about, intimate acts that would make their grandchildren blush.

That may be too much information for some folks.

But it comes from the most comprehensive sex survey ever done among 57- to 85-year-olds in the United States. Sex and interest in it do fall off when people are in their 70s, but more than a quarter of those up to age 85 reported having sex in the previous year.

And the drop-off has a lot to do with health or lack of a partner, especially for women, the survey found.

The federally funded study, done by respected scientists and published Aug. 23 in the New England Journal of Medicine, overturns some stereotypical notions that physical pleasure is just a young person’s game.

“Most people assume that people stop doing it after some vague age,” said sex researcher Edward Laumann of the University of Chicago.

However, more than half of those aged 57 to 75 said they gave or received oral sex, as did about a third of 75- to 85-yearolds.

“Bravo that the New England Journal of Medicine is publishing something like that. It’s about time,” said Ruth Westheimer, better known as sexpert Dr. Ruth, who has long counseled seniors on sex.

The survey involved two-hour face-to-face interviews with 3,005 men and women around the country. Researchers also took blood, saliva and other samples that will tell about hormone levels, sex-related infections and other health issues in future reports. They even tested how well seniors could see, taste, hear and smell – things that affect being able to have and enjoy sex.

– Women at all ages were less likely to be sexually active than men. But they also lacked partners; far more were widowed.

– People whose health was excellent or very good were nearly twice as likely to be sexually active as those in poor or fair health.

– Half of people having sex reported at least one related problem. Most common in men was erection trouble (37 percent); in women, low desire (43 percent), vaginal dryness (39 percent) and inability to have an orgasm (34 percent).

– One out of seven men used Viagra or other substances to improve sex.

– Only 22 percent of women and 38 percent of men had discussed sex with a doctor since age 50.

Why do this research? Sex is an important indicator of health, said Georgeanne Patmios of the National Institute on Aging, the study’s main funder.

Sexual problems can be a warning sign of diabetes, infections, cancer or other health woes. Untreated sex issues can lead to depression and social withdrawal, and people may even stop taking needed medications because of sexual side effects, the researchers wrote.

Some of them did a landmark study of sexual habits in younger people a decade ago, but little is known about X-rated behaviors beyond Generation X.

“This subject has been taboo for so long that many older people haven’t even talked to their spouses about their sexual problems, let alone a physician,” said the lead author, Dr. Stacy Tesser Lindau, a University of Chicago gynecologist.

Many doctors are embarrassed to bring it up, and some may not know how to treat sexual dysfunction, said Dr. Alison Moore, a geriatrics specialist at the University of California, Los Angeles, who had no role in the study.

“Even among geriatricians, there can be an age bias that this is not as big a deal as some of the other things they come into us for,” like heart problems or dementia, Moore said. “It gets lost in the shuffle.”

The National Opinion Research Center, a university-affiliated private research firm, did the surveys in people’s homes. Laumann, its chairman, has received research support from Pfizer Inc., the maker of Viagra.

Most participants were married. But by the time they were 75 to 85, only 37 percent of women had spouses compared to 71 percent of men. Roughly 10 percent of those in the survey were black and more than 6 percent were Hispanic.

The proportion of each gender reporting giving and receiving oral sex “matched up perfectly,” Lindau said. “This gives us pretty good reassurance that men and women are telling the same story.”

Older people were generally sexually conservative. A small minority had more than one partner, and very few said they paid for sex.

Scents and tastes “get under the skin to influence biology,” and scientists wanted to know whether these senses diminish as people age, Lindau explained.

Niels Teunis, an anthropologist and researcher at the Institute of Sexuality, Social Inequality, and Health at San Francisco State University, said the survey bolsters the “use it or lose it” factor seen in previous studies.

“If you are doing it, you keep doing it. If you slack off in marriage like when you’re in your 40s, it’s hard to pick it up when you are older,” he said.

Jack Menager, 83, and his wife, Elizabeth, 84, agree. The suburban Los Angeles couple say they have had a good sex life for nearly 60 years.

“It gives a person relief on any burdens or problems. It makes us forget everything – escape,” he said, admitting that as physical endurance wanes “you have to work at it harder.”

“I think it’s important,” she said of sex. “It just makes you feel close.”

More men than women felt that way. Only 13 percent of men but 35 percent of women said sex was “not at all important.”

Menopause has a big effect on women, and the drop-off of estrogen makes many of them less interested in sex, Dr. John Bancroft of the Kinsey Institute for Research in Sex, Gender and Reproduction at Indiana University wrote in an accompanying editorial.

But menopause also means women no longer have to worry about getting pregnant, and many have more time and feel freer after children are gone, notes Westheimer, the sex adviser.

At age 79, she said, “I don’t ever answer personal
questions” about sex. But she added, “I certainly have a zest for life.”