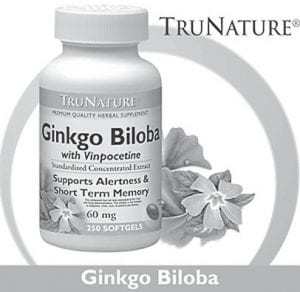 Research in animals had suggested that the plant extract might ward off the most common form of dementia, but previous studies in humans — including a large U.S. study published in 2008 — haven’t found any evidence that it does.

In the latest research, French scientists studied the effects of ginkgo in more than 2,800 people over 70 with memory problems. About half got a daily 240- mg dose while the other half got dummy pills. Patients were given yearly cognitive tests and followed for up to five years, though only about 70 percent of them took the ginkgo biloba or placebo pills for several years.

In the ginkgo biloba group, 61 people were diagnosed with likely Alzheimer’s disease versus 73 people in the placebo group. The difference was not statistically significant, meaning it could have occurred by chance.

The study was published in the journal Lancet Neurology and was paid for by Ipsen, a producer of ginkgo biloba supplements.

The authors weren’t sure why ginkgo didn’t seem to work. “It may be that people need to take it for longer,” said Dr. Bruno Vellas of University Hospital in Toulouse, France, the study’s lead author.

Others said there was now enough proof that people should stop taking the extract.

“The idea of popping a pill or food supplement to prevent Alzheimer’s is just an exercise in hope at this point,” said Dr. Lon Schneider, director of the California Alzheimer’s Disease Center, who wrote an accompanying commentary. “If something doesn’t do what you want it to do, why continue taking it?”

Schneider said people would be better off focusing on healthy habits that seem to lower the risk of Alzheimer’s, like improving their diet, getting regular exercise and controlling any cardiovascular risk factors.