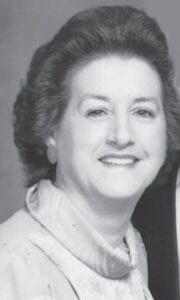 A daughter of the late Arthur and Altie Fields Stidham, she was the widow of Virgil Ray Thomas.

She was a member of the First Baptist Church in Whitesburg.

Funeral services were held December 29 at Letcher Funeral Home. Burial was in the Kingdom Come Cemetery.