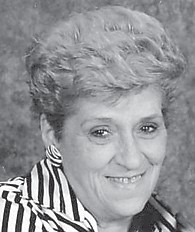 Born in Seco to the late Glenn and Geneva Webb, she was the widow of James Russell “Big Jim” Stambaugh.

Mrs. Stambaugh was retired as the director of housekeeping at Whitesburg Appalachian Regional Hospital after 21 years of service.

Funeral services were held March 23 at the New Freedom Worship Center in Dunham. Internment was in the Whitaker Cemetery at Seco.