Summer has pretty much said goodbye 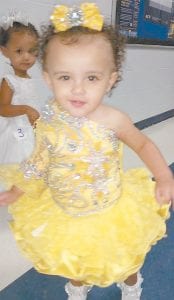 It is raining in the Ohio Valley area this morning. It would be a good day to stay home with a good book to read. No such luck for me today.

Throw a log on the fire pull up a chair and let’s talk a spell! It is hard to believe summer has finally said goodbye and winter is mixed up with fall. There really wasn’t any summer, just a few unusual warm days of spring. Tomatoes didn’t do that well around here with it not being hot enough.

Christmas decorations are already in stores so once again Thanksgiving is being bypassed. To me, Thanksgiving deserves to be recognized more than Halloween.

As you pass by homes, there’s almost as many Halloween decorations as Christmas, which I really don’t understand.

I know I sound like Scrooge! Actually I miss not having kids coming for trick or treating since I live in the country. When I used to baby-sit, the mothers would bring the kids by as they took them to town.

This past weekend was the former Versailles Bluegrass Festival which was held at Friendship, Ind. A favorite band, RR 2, played there, and several others including Lee Sexton were on the schedule. I am sorry to say this is the first time I haven’t attended in several years.

Saturday it was extremely cold and I chickened out and stayed home. I have attended the Versailles Festival when I had to wrap up in two covers, plus a heavy coat.

Sunday was really a beautiful day after it warmed up. I decided not to go to the festival then regretted it all day long.

I have let all summer slip by and haven’t gone anyplace except two festivals, and a couple of trips to Fairborn.

Blackey Day isn’t looking too promising as I am becoming a recluse.

The past two years have really been rough on me both physically and mentally. Too much to go through, and I believe it has finally caught up with me.

Then I sort of take stock of the situation and realize once more that I have a lot to be thankful for.

With the return of autumn my heart is once more yearning to see the mountains, showing their beautiful colors that don’t stay long enough.

There’s a hill across the way from my house and I believe it has the most beautiful foliage I’ve ever seen in this particular spot.

I find myself sitting just drinking in the beauty.

We had a small shower this evening so the leaves will be gone before long. A frost was predicted but it missed us. Once again I will say I am not ready for this cold weather, and I will be saying that until next July.

Does anyone fix cushaw any more? I can remember Grandma Rosa Hall cooking this for a little then baking it, or maybe she just put it in the oven and baked it.

Les and Pat Wagner slipped away to the mountains for a few days. That is why they didn’t come to Letcher County Day.

Larry Hasty still is having problems with his hip replacement, and my heart breaks for Larry and Becky as Larry has been going through this ordeal for several months.

Please keep the daughters of Wayne and Lettie Blair in your prayers as both are having problems.

Vicki Power and I took a drive to see if we could find papaws at my friend Sue Courtney’s place just past Rising Sun. We didn’t find any papaws, but about a dozen or so walnuts decided to fall and barely missed Vicki and me. I didn’t realize we were directly under a huge walnut tree, then it started to rain before we could get in the car. It really it was a fun time. Oh, I forgot to say, Vicki has never even seen a papaw.

Richard Caudill found a few real ripe papaws and gave them to a friend.

There’s a pear tree down the road from me that I’ve never noticed before. I am going to stop and ask the owner if I can get a few. Now if I can find an apple tree so I can scrounge some apples. Yes, I can buy apples but I want some fresh fallen ones.

Grandma will never be dead as long as there is breath in my hillbilly body. This time of year I find my thoughts returning to things that I did with her as a child so much. I can see her so plain with her beautiful hair piled high on her head, and her dresses just below her knees. She wore long cotton stockings.

Grandma always wore an apron which had to be a certain length, as she would use her apron to carry things in.

Doyle and Betty Ison are doing alright. Betty and I reminisce of bygone days, and at times we laugh so hard at things we’ve done.

I have yet to find homemade lye soap that was made like it used to be, an ivory color and you could smell the lye. There are several who make it, but it is not, and I repeat not, anywhere like the old lye soap that would take the skin off your knuckles when you used it. If I wanted a bar of perfumed soap, I would just go to the store and buy it.

I guess if I had my way we would be living back in the dark ages at time. I really don’t like a lot of modernization.

I was having difficulty opening a can of vegetables, and my son Keith Ballard came into the kitchen, seeing me struggling to grip the opener. Keith said he would get me an electric can opener. I started laughing and said I have a new one somewhere. Keith asked why I didn’t use it, then said never mind as he knew the answer to that question.

As I read Richard Caudill’s writings, and know that if I was a few years younger and my health was a little better, I would love to live in a secluded place and more simple ways. I really admire Richard for giving up a lot of things to go back to a place he knew as a child, to live a life of peace and quiet.

I was telling Keith about living in houses when I was little where the snow would come under the window at night while you were sleeping next to a window, and water buckets that would freeze in the kitchen. Mom would have to set it on the stove to thaw out so she could wash up and then start breakfast.

Hello to Wanda and Mattie Hall, I hope you two are doing alright.

I haven’t talked to anyone very much lately so I really don’t have much news to tell.

Johnny and Ann Calihan, I hope everything is good your way.

Blackey Days is this weekend so for those of you who go, enjoy a little bit for me.

Hello to Hayward and Kim Day, and once again I will say Kim sure looks like her beautiful mother.

Hello Jeff and Jack Adams. I miss you guys, and talking to my beautiful cousin Bev.

I see the clock is saying to get this on its way, so until next time.