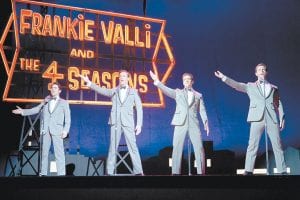 Like jumbo jets on the runway, Hollywood’s summer movies are lined up, ready for takeoff. Will they hit any turbulence?

If the movie business had a “fasten your seat belt” light, it was certainly flashing last summer. A number of high-profile films tanked while onlookers like Steven Spielberg warned of a coming “implosion” for an increasingly blockbuster-bound Hollywood. A kind of blood sport took hold where — even though the summer’s box office ended up setting a record high — some took glee in the downturns of Hollywood’s roller coaster ride.

“’Blood sport’ is the perfect word for what I saw last year,” says Michael Bay. This year, he’ll release “Transformers: Age of Extinction” (June 27), a cast makeover for the franchise, and produce another reboot, “ Teenage Mutant Nina Turtles” (Aug. 8). A blockbuster veteran, he’s accustomed to the frenzied pressures of the season.

“They try to take my movies down every time,” says Bay. “The worse reviews I get, the better the box office is. Go figure.”

Box office will be the chief barometer of success for the nearly 50 wide releases to open between May and Labor Day in Hollywood’s yearly rite of superheroes, sequels and spectacle. It’s the time of year when Hollywood bets big on seemingly can’t-miss concepts that nevertheless occasionally miss . is

Th summer kicks off with “The Amazing Spider-Man 2” (May 2), Sony’s second installment of its second Spider-Man series. With two sequels and two spinoffs (for Venom and Sinister Six) planned, Spider-Man proves the intensive, high-speed nature of franchisemaking in today’s Hollywood: Sequels are now developed by the bushel.

Among the summer’s other biggest potential blockbusters: the monster re-do “Godzilla” (May 16), the time-traveling mutant thriller “X-Men: Days of Future Past” (May 23), the warped fairy tale “Maleficent” (May 30), the animated sequel “How to Train Your Dragon 2,” the Clint Eastwood directed musical “Jersey Boys” (June 20), the gun-toting gorilla tale “Dawn of the Planet of the Apes” (July 11), the demigod drama “Hercules” (July 25) and Marvel’s outer-space adventure “Guardians of the Galaxy” (Aug. 1).

The steady drumbeat of highdecibel drama will leave little room for error.

“I’ve been the windshield and I’ve been the bug,” says Jon Favreau, the director of the widely popular “Iron Man,” as well as the less successful “Cowboys & Aliens.”

This summer, Favreau takes a break from tentpoles with “Chef “ (May 9), an independent film he wrote and directed about a bigname restaurant chef who loses his job and opens a food truck. For Favreau, it’s a happy hiatus from “the politics of marketing and release schedules.”

The biggest summer films will be among the most test-screened, audience-tracked releases of the year, carefully shaped to entertain audiences whose social-media appetites are whetted by months of trailers and sneak-peaks.

Whereas some studios have been pulling back on their production schedules, focusing on fewer but bigger movies, Warner Bros. is running the other direction. This summer, the studio will release a leading eight movies.

“The domestic box office and the worldwide box office are at record heights, and it’s continuing to grow, especially in the international world with China and Russia, in particular,” says Dan Fellman, head of domestic distribution for Warner Bros. “We’re going to let it fly this summer.”

This summer, two anticipated films — “X-Men” and “Magic in the Moonlight” (July 25) — will have to navigate recent sexual abuse allegations of its directors, Bryan Singer and Woody Allen, respectively. (Both have denied the allegations.)

There are few non-superhero certainties in the movies right now, but Melissa McCarthy is one of them. The star of “The Heat” and “Identity Thief ” is virtually unparalleled in her ability to almost single-handedly open a movie. On July 2, she’ll debut “Tammy,” a road-trip comedy she wrote with her husband, Ben Falcone, who also directs.

“I feel like every day of my life I’ve been hit with the lucky stick,” says McCarthy. “ There’s not a point where I’m like, ‘This seems normal.’ It’s all crazy. I’m crossing my fingers that it will continue as long as it will. I’m just going to hang on until there’s a turn in the universe.”

Marvel expands its own allpowerful universe with “Guardians of the Galaxy,” a more comical twist for the comics maker about a gang of oddballs in the farthest reaches of space. Chris Pratt, the “ Parks and Recreation” actor, transforms to big-budget action movie star.

It’s helmed by Robert Stromberg, the production designer of “Avatar.” Even for a longtime visual effects veteran, it’s a staggeringly large film for a directorial debut.

In between the blockbusters, releases like Seth MacFarlane’s “A Million Ways to Die in the West” (May 30) and “22 Jump Street” (June 13) will offer comic relief. In “Neighbors” (May 9), Seth Rogen and Zac Efron star as next-door rivals.