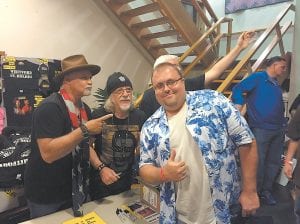 BIRTHDAY PRESENT FOR AEROSMITH FAN — Summer 2016 got off to a great start for Jeremy Patrick, who celebrated his birthday by attending a recent concert in Whitesburg that featured Aerosmith guitarist Brad Whitford (second from left) and former Ted Nugent Band lead vocalist Derek St. Holmes, who brought their tour to Appalshop Theater in support of their new Whitford/St. Holmes album “Reunion.” Patrick, of Knott County, says he has been an Aerosmith fan for most of his life. Whitford and St. Holmes both praised Whitesburg and Appalshop Theater which, according to Whitford, “sounds better than a studio.” The two rockers and the members of their band also enjoyed fried chicken from “Joe’s” at Isom. 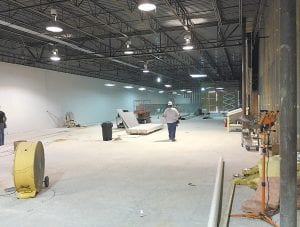 EXPANSION UNDERWAY — Food City grocery in Whitesburg will be significantly larger when this addition to the store opens in early fall. The space shown in this photo formerly housed East Kentucky Physical Therapy, which has moved into a new building erected nearby. The new construction will allow Food City to expand many of its offerings and will feature a section dedicated to fresh seafood. Superior Pharmacy will move its operation to a space in the front of the store. 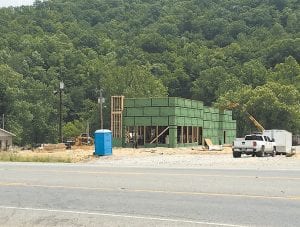 TAKING SHAPE — A new building that will house the fast-food restaurant Taco Bell is under construction in West Whitesburg on property formerly owned by the late Nora Honeycutt. 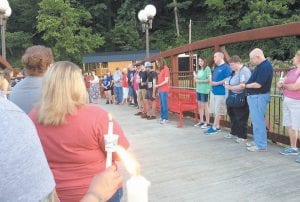 SHOWING THEY CARE — Several citizens gathered at the James Bates Bridge in downtown Whitesburg on June 19 to express their sympathy for the victims of the recent mass shooting at an Orlando, Florida nightclub that left 49 innocent persons dead and 53 wounded. (Photo by Tanya Bernice Turner)