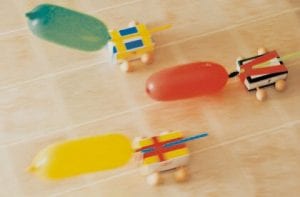 Summertime and the living is easy for Alex B., 12. During the school year, his schedule is packed with homework and sports practices. But summer means more free time – and that means more time with his two older siblings, especially his older brother.

“We go swimming in our pool and play out in the field behind our house,” he says. “We just hang out with each other.”

For most kids, more time with the sibs means more time to squabble. But Alex says he avoids arguments by trying to be agreeable. “I just listen to what [my brother] says and wait until he’s done. Then I say what I want to say,” he says.

Sibs often spat because they are angry about something else. A brother or sister is a “very convenient target,” says Peter Goldenthal, pediatric and family psychologist in Wayne, Pa., and author of “Why Can’t We Get Along?” (Wiley, $14.95).

Happier kids fight less. But siblings are more likely to squawk if they feel their parents are unfair, Goldenthal says. Feeling like second fiddle can really burn a kid up. 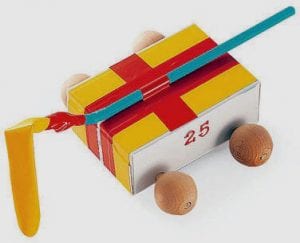 Comparison also can cause kids to clash. “Sometimes parents aren’t especially smart in the way they try to encourage each child to do what they want them to do,” Goldenthal says. “Parents will say, ‘It really could be better if you were more like your sister.'”

Problems with parents can be a big reason why siblings spat. So kids need to go straight to the source and talk to their parents. “Approach it like it’s business,” Goldenthal says. “Say, ‘I’d like 15 minutes alone with you, Mom and Dad, in private.'”

Once you have your parents’ attention, don’t be pouty or whiny. Give them specific examples of when they compared you to your sis or treated you unequally. But don’t dis your sibling, have a temper tantrum or stomp off, Goldenthal says.

If parents still can’t see the big picture, kids shouldn’t react with anger. Instead, show that your feelings are hurt. Respond to “Sorry, we can’t come to your violin recital because we have your sister’s swim meet,” by saying, “Ouch.”

“You will get their attention more than if you say ‘Fine!’ and slam the door,” Goldenthal says.

Even if parents don’t improve, don’t take it out on your brother or sister. Goldenthal says now is the time for siblings to start getting along. If you wait until you’re grown up, it might be too late.

CHALLENGE YOUR SIBS TO A DRAG RACE

Here’s a fun thing to do with your siblings: race soap box dragsters. Powered by a blast of air, these little racers can really move, making a clean getaway as soon as you set them down. You and your sibs can assemble a bunch, then host your own mini derby.
MATERIALS
A box from a bar of soap
Colored plastic tape
Small number stickers
Sharpened pencil
Two 5-inch lengths of wooden
skewer
White glue
Four 1-inch wooden beads with
1/8-inch holes
Cylindrical balloon
Bendable drinking straw

For each racer, decorate a soap box with colored-tape racing stripes and stick-on numbers. Next, use the pencil tip to poke two axle holes on each side of the box, 3/4 inch from each end and 1/4 inch up from the bottom. Push a skewer section through each set of holes. For wheels, glue beads onto the ends of the axles, then let the glue dry thoroughly.

The All-American Soapbox Derby lets kid drivers put their homemade vehicles to the test. Qualifying races are held across the country throughout the year, culminating in the championship race in Akron, Ohio. For more information go to aasbd.com for details. – FamilyFun magazine