Chris Janson has been touring with Hank Jr., Skynyrd; Landes is from Ky. 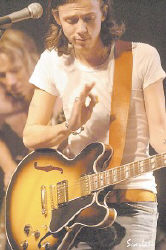 Nashville recording artist Chris Janson has been compared favorably to a combination of Mick Jagger and Hank Williams Sr., and is currently on tour with Lynyrd Skynyrd and Hank Williams Jr. On Thursday, May 15, Janson will bring his high-octane country-rock show to the Summit City in Whitesburg. Admission for the 8 p.m. show is $10.

Before Janson was selected to perform on the Williams Jr.- Skynyrd “Rowdy Frynds Tour,” which stops in Huntington, W.Va., the night after his Whitesburg appearance, the 21- year-old Missouri native had toured with artists such as John Hiatt and Rodney Crowell.

Janson began drawing high praise in Nashville while playing the bar circuit there as a 19- year-old. In 2005, he was selected by movie director Johnathan Demme (“Silence of the Lambs,” “Philadelphia”) to participate in Demme’s “Neil Young: Heart of Gold,” a documentary filmed at the Ryman Auditorium in Nashville.

Janson continues to earn praise for his abilities as a vocalist, guitarist and harmonica player. 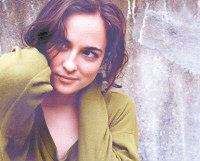 “It’s rare to see such an electrifying performer,” said a contributor to thrasherswheat, a web log devoted to Neil Young. “When you see Janson, your foot will stomp (and) your hands will clap.”

“I want to sound like Chris Janson,” he says, “It’s just what you see on stage, that’s what you’ll get on my record. I’m not afraid to push the limits. I don’t have a set list at my shows, I just play songs. It’s all about soul and feel.”

For an example of the energy and talent Janson will bring with him to Whitesburg, visit www.myspace.com/chrisjanson and listen to the songs “All That I Am,” “Shoot Off the Locks,” and “I Can Live Without You.”

The volume will be turned down a notch from Chris Janson’s performance the night before, but the talent level isn’t expected to be any less when singer-songwriter Dawn Landes takes the Summit City stage on Friday, May 16.

Landes is a multi-instrumentalist from New York City (via Louisville) who, when not perfecting her own art, works as a recording engineer for artists including Ryan Adams and Philip Glass. Her second album, Fireproof (available on iTunes and at amazon.com), has been drawing rave reviews since its recent release.

“Like the little sister of Feist and Jenny Lewis, Dawn Landes is a cutesy candy- voiced revelation,” said a review in Plan B.

“In pictures, she plays the part of the unassuming pinup girl for the roots renaissance, but Dawn Landes’ music sits neatly on the fulcrum between Cat Power and Neko Case,” said a review in Paste magazine. “On Fireproof, she layers guitars, banjos and pedal steel with winsome touches like optigans and thumb pianos. Moods shift throughout the 12 songs, from starry-eyed to apathetic, but the standout tracks on Fireproof showcase this singer at her most bittersweet. …”

Landes has toured in support of Jason Isbell, Suzanne Vega, Jane Siberry, Andrew Bird, and Feist, and of late has been opening shows for Josh Ritter. After performing in Whitesburg, she will travel to Nelsonville, Ohio to perform with Justin Townes Earle and The Avett Brothers.