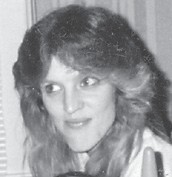 Susan Renee Sutton Harrison, 48, died September 19 at her hone in Jamestown after a long illness.

Formerly of Little Colley, she was a daughter of Brenda Caudill Brown of Columbia, and the late Leon Brown.

She attended Whitesburg High School in the early 1980s.