Take pride in growing up in the mountains 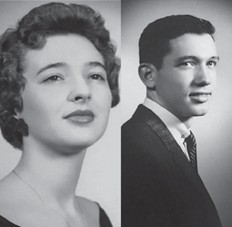 I’ve been thinking now for about two or three weeks of how the rest of the United States looks on us that want to stay in the mountains of eastern Kentucky to eke out our living. I guess the remarks made at the last presidential debate about completely doing away with the use of fossil fuels is what started my thinking. Or maybe the picture that was posted on Facebook of a working strip job on Ovenfork.

At any rate, it has gotten my dander up big time. I know coal mining was very destructive to this area many years ago, but now there are so many advantages after the coal company has reclaimed it. We spend many hours on reclaimed strip job sites now hiking and hunting. The elk and deer have flourished in eastern Kentucky on these reclaimed sites. There are shopping centers built on lots of local reclaimed sites. Our county is in the process of building a sportsman paradise on the old Marlowe Coal Company site in the near future.

I had a cousin once that moved from this area with his parents when he was young. They moved to Tiffin, Ohio and we were there visiting about 10 years ago. He asked my aunt if she still lived in the old homeplace and she told him she did. He asked, “Why?” I asked, “Why not?” He said, “There’s nothing there. Here I can drive about 10 minutes to get to a shopping center.” I said, “Well, it just takes me about 15 minutes, and I don’t have to face any traffic to speak of. I don’t see any homeless people along the way or any gangs.” I could have gone on and on. I still don’t think he got my point, though. 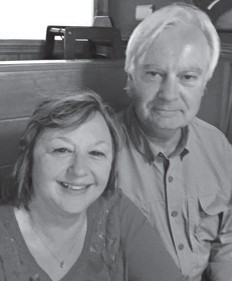 My daughter, Joy Hampton, once talked of moving to the beach. Instead, she lives in the head of the same holler as we do. My nephew, Blake Mason, once told me he couldn’t wait to turn 18 so he could leave this place. He is now married to Chasity Watts Mason and they have two kids. Guess where they live, right up in the same holler as his mom and dad. It just gets in your blood and you can’t get rid of it. 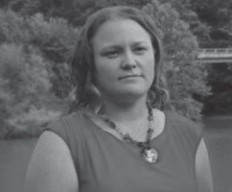 Angel Johnson celebrated a birthday on the 17th.

I had a professor at Clinch Valley College in Wise, Virginia back in the early 90’s that required a paper on whether or not our accent had anything to do with the way the rest of the world looked at us. You talk about right up my alley, I loved writing that paper. I think I may even have it somewhere in my memoirs.

After we took a two-day vacation trip last month to the Cumberland Falls, my daughter posted this on her Facebook page, and I thought it was very appropriate with this conversation:

“Last week on a short trip after having to explain to more than one person what we were saying I realized I’ve changed. The older I get the more I embrace where I am from. I find myself not slowing my brain to talk ‘proper’ and instead asking myself who decided my accent wasn’t proper? Why don’t we correct other accents? Why just the ones we deem ‘improper’? I had stopped correcting my kids a long time ago but not myself and I’m not sure why. I was raised up in a holler and I came back home there and moved farther in that holler — the head of it, to be exact. My y’all is authentic and there is nothing wrong with that.” 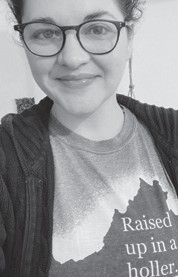 Joy Hampton is the daughter of Jimmy and Jeanette Tacket Yonts.

And if that isn’t enough, one of my friends, Sandra Bentley Sexton, shared this post from someone she knew. He was born in Clay County and is now a dentist in Corbin, Kentucky. He gave me permission to put this in my column and it is so fitting with how I have been feeling here lately.

“Growing up in the mountains…

Is being called backwards and uneducated…

Being asked if you wore shoes in the summer…

Assumed to be unsophisticated…

Having your accent ridiculed…

Being called hillbillies and hicks…

But growing up in the mountains, you are heir to a legacy…

Ancestors who tamed the land, cut down trees without power tools and built homes without house plans. 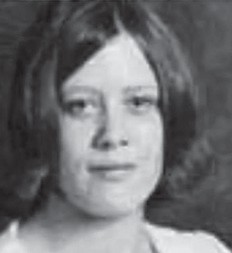 Grandparents who smoked meat and dried beans for the long winter…

And carried water from a stream to cook and wash with…

A mountain accent is a blend of old English, Irish and Scottish — a tribute to your heritage.

Mountain mothers worked in the fields, tended their young, raised chickens and were masterful cooks. They kept their homes in order and were usually the moral compass of the family.

Mountain men, like my Papaw Pessel, worked all day in the coal mines, worked in the fields, built his own house, made caskets for the deceased and could shoe horses.

Mountain people are resourceful, extremely hard working and innovative. They didn’t cower in safe spaces. They were the originators of dealing with whatever life threw at them. They never expected handouts or thought that they ‘deserved’ anything. If you are from the mountains, be proud of who you are, where you came from and don’t let anyone dismiss you.

Stand up, be counted and show the world your grit.”

Please remember all those who have lost loved ones recently in your prayers. The family of one of our Colson neighbors, Imogene Sexton, will be spending their first Thanksgiving and Christmas without her and her daughter Sandra Sexton Wilson will also be without her husband Terry Wilson for the holidays for the first time. I remember our firsts without Daddy, Marshel Tacket. Those are almost as hard as their death. Also, remember all those that have suffered with COVID, especially my brother-in-law’s brother, Doug Holbrook.

Our pastor, Bill Jones, and his wife and family desire everyone’s prayers in the next two months or so. The trial, as I’ve said before, is now set for January.

If at all possible, try to be in church Sunday or listening to it on some type of social media.

One response to “Take pride in growing up in the mountains”