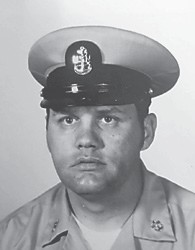 A son of late Tandy Bates, Sr., and Lonnie Belle Bates, he was reared by the late Jesse and Della Bates.

He was preceded in death by three siblings, Elmer Bowens, Gladys Lucas, and Gearl Dene Bates.

Funeral services for Mr. Bates were held November 1 in Virgie. Burial was in Green Acres Cemetery at Whitesburg. Online condolences may be expressed at www.hallandjones.com.