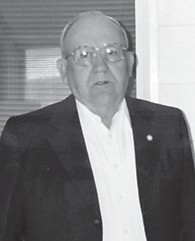 He was a son of the late Oliver ‘”Twist” and Dessie Bauguess Meade, and the widower of Opha Meade.

He was also preceded in death by a number of brothers and sisters.

Funeral services for Mr. Meade were held September 22 at Letcher Funeral Home in Whitesburg. Burial was in the Sunset Memorial Cemetery in Flemingsburg.