The awful cost of drug addiction 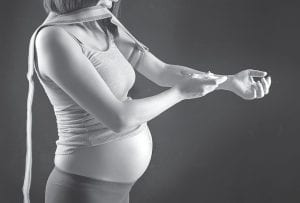 Kentucky’s hospitalization rate for drug-dependent babies rose more than 1,400 percent between 2000 and 2009 and is continuing to rise.

When an award-winning movie star recently lost his battle with substance abuse and addiction, the headlines and tributes were ubiquitous, and mostly without moral judgment. He was a sick man and his tragedy became our tragedy, because we knew him through his work.

Do we have the same relationship with mostly unknown people throughout our communities, who cannot be free of the scourge of their addiction even during pregnancy? Are we as understanding and supportive of their struggles, of the consequences to the fetuses they carry and the children they bear?

We should be. For their struggles with drugs, and with children born addicted to or affected by the drugs their mothers could not stop taking even during pregnancy, are our struggles, too. If they are to get well and even have a chance at healthy, productive lives, they need medical attention and education and more. They require treatment and other help in a state that continues to be plagued by too many long-term problems and too few long-term solutions.

Courier-Journal Reporter Laura Ungar has visited the life- and resource shredding issues of substance abuse, addiction and pregnancy several times in recent years. Her latest installment was a special report in Sunday’s C-J (the report appears on Page B2 of this week’s edition of The Mountain Eagle), which outlined the surge of hospitalizations of drug-addicted babies in Kentucky. That surge is attributed in large part to the availability and use of heroin that has filled the vacuum left by the recent crackdown on prescription painkillers.

Ms. Ungar reported that those hospitalizations have increased 30-fold from 2000 to 2012, and that Kentucky is on track for more than 900 for last year — up from 824 in 2012. Kentucky fares badly in national statistics, with one health official saying that this state has one of the nation’s worst problems with drug-dependent babies.

“The latest national statistics come from a 2012 study in the Journal of the American Medical Association, which said hospitalizations for drug-dependent babies rose 330 percent from 2000 to 2009. Kentucky’s hospitalizations rose more than 1,400 percent during that same time,” Ms. Ungar wrote.

State officials are well aware of the epidemic. The restrictions placed on prescription pain pills were an attempt to curb access to addictive drugs, but heroin has filled the gap left by them. And a recent $32 million settlement the state won with two drug companies has been a windfall for cash- and resource-strapped drug-treatment programs throughout Kentucky, including $1 million dedicated to treatment centers for pregnant addicts.

But $1 million is still not nearly enough — not for the women who struggle with addiction while pregnant, not for the people who try to care for them, not for the drug-dependent babies who are born with a variety of symptoms ranging from low weight, vomiting, inconsolability, hyperactivity, poor feeding and seizures; not for the taxpayers who cover millions in costs associated with the spike in hospitalizations.

Which is why Kentuckians ought to ramp up the same interest in the women and babies struggling with heroin and addiction in our communities as they managed to muster for a tragic movie star whose life ended with a needle hanging from his arm. That means demanding more up-front education about drugs and their dangers to girls and boys before they start dabbling or using. That means educating their parents, or other caring adults, on the signs and symptoms of drug use in children.

That means demanding more funding for current facilities, and more drug-treatment centers for pregnant women who want help, but often can’t get it; Kentucky’s 55 such centers, most of them outpatient, are not nearly enough, either.