Pair wholesome, delicious pudding with ingredients from your own pantry or fridge 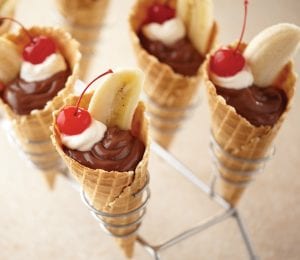 Banana Split Pudding Snack — Cut a banana in half the long way. Stand one half in a small cup. Spoon chocolate pudding into the cup and top with a maraschino cherry.

What do you reach for around 3 in the afternoon? Something salty? Something crunchy? Some- thing creamy, smooth and sweet? These days, more and more snackers are looking for something wholesome and satisfying to get them through the afternoon.

Here’s one snacking choice you may not have thought of: pudding. When pudding is made right — just the way your grandma used to — it’s made with real ingredients like milk and eggs, cooked slowly until it’s creamy and delicious. While cooking up your own pudding is a fun and satisfying weekend or evening project, when you need a quick afternoon snack, that’s probably not in the cards.

Fortunately, there are still some companies making pudding just the way you would at home, slowly simmered to perfection. This is great news for people who want a smooth and creamy snack they can feel good about. There’s a good reason why simple, comforting pudding was a favorite childhood snack — and is still a wholesome snack choice today. 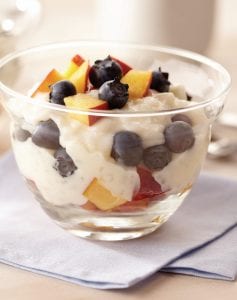 Simple Ideas for a Delicious Snack

Pudding is perfect straight out of the refrigerator, of course, and all you need to enjoy it is a spoon. But you can make it your own with other ingredients that you probably have right in your kitchen. Take a look at your spice rack: You’ve probably got cinnamon, nutmeg and cayenne pepper. In your pantry, you’ve got crunchy cookies, pretzels and nuts. Fresh and frozen fruit are always good to have on hand. Even canned and shelfstable packs of tropical fruits can top your pudding. Before you know it, you’ll be seeing surprising pudding pairings everywhere you look.

With a little creativity, you could have a unique pudding snack every day of the week. We’ve got a few ideas to get you started.

Find out more about Kozy Shack® Pudding at www.kozyshack.com. 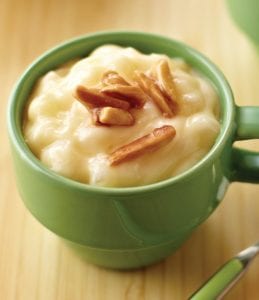 Lemon Tapioca Pudding — Crush a couple of lemon shortbread cookies. Spoon into the bottom of a small dish. Top with Kozy Shack Tapioca pudding, a sprinkle of lemon zest and assorted fresh berries. 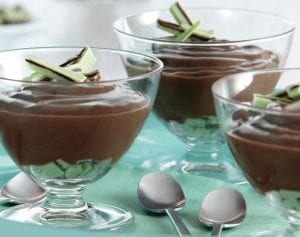 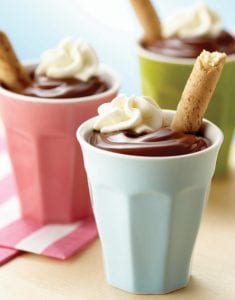 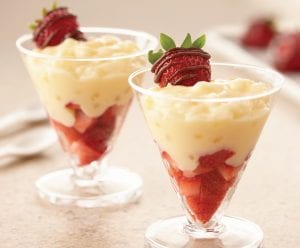 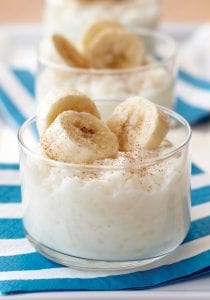