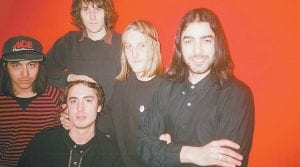 Seen in photos above and below are The Mystery Lights, a retro-rock band whose new single “Follow Me Home” is lighting up radio stations across the country, the group will appear in concert at Summit City in Whitesburg next Tuesday (August 11). The Mystery Lights were formed in California, but now make their home in New York City. The high-energy band just released their new self-titled debut album on Daptone Records’ new rock label, Wick Records. Daptone, a soul music label, is the home of artists such as Sharon Jones & The Dap-Kings. Rolling Stone magazine recently wrote this about the new single: “Anchored by the hypnotic, intertwined riffs of guitarists Mike Brandon and L.A. Solano, ‘Follow Me Home’ rumbles ahead and gleefully teeters on the brink of a full-blown psychedelic freakout. But Brandon’s ragged, static-soaked vocals and the song’s subtle pop undertones keep it firmly rooted in the tradition of Sixties garage and gritty NYC punk.” Admission to next Tuesday’s show is $15. For more information, call Greg Napier at 606-434-8648. 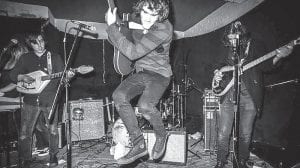