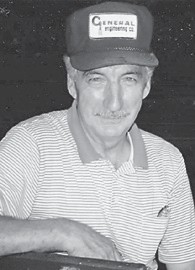 He was pastor of Mayking Baptist Church for 15 years

Surviving are his wife of 65 years, Coleene Hart; three sons, Tony and wife Trena of Mayking, Mark and wife Crystal of Little Colley, and Stephen and wife Wendy of Clarksville, Tenn.; nine grandchildren and twelve great-grandchildren; two sisters, Vonda Buchanan and husband Paul of Clintwood, Va., and Reba Adams of Indiana; four brothers, Charles Addington and wife Betty of Pleasureville, Remus Neil Hart and wife Irene, and Carlos and Charlotte, all of Virginia, and Ray Hart and wife Wanda of Florida, and a daughter-in-law, Marie Hart Martin and husband Duane of Dayton, Ohio.

Funeral services for Rev. Hart were held June 13 at the Mayking Baptist Church. Burial was in the Addington Cemetery at Craft’s Colly.