The thievery of Alzheimer’s 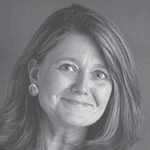 It’s been 54 years, but Joan still remembers the first time Ralph kissed her.

“Took him forever to work up the nerve,” she said. “He wasn’t like any other boy I dated.” She grinned. “And I dated a lot.”

I laughed, and her daughter Sue flushed a fine shade of fuchsia, which made me laugh even harder.

This time was no different. Before our meals arrived, we already had ranted about breaking political news, dissected the reasons behind Oprah’s departure and listed the must-haves for a properly designed handbag.

Then Ralph’s name came up, and the conversation turned to the give-and-take of a good marriage. Joan required little prodding to reminisce about the love of her life.

“Ralph was such a gentleman,” she said. “After I met him, there could be no one else.”

She looked down at her lap and smoothed her napkin.

Sue put her hand on her mother’s back. They looked at each other and nodded in solidarity.

The Alzheimer’s Association estimates that 5.4 million Americans currently have the same disease that is stealing Joan’s husband, Sue’s father. Another 14.9 million Americans are unpaid caregivers for those who otherwise never would be able to live at home. Sue and Joan are two of them.

Last year, Sue bought a house for the sole purpose of bringing her parents with her. She now has two full-time jobs — a secretarial position that pays the bills and a volunteer one that helps to keep her father out of an institution.

She does this mostly for her mother, who cannot bear the thought of her husband’s living somewhere without her. For now, anyway.

It’s one thing to read the statistics of Alzheimer’s disease. It’s another to see them add up right in front of you.

Last December, I walked through the door of Sue’s house for a Christmas party and headed straight for her dad to give him a hug.

He smiled and stuck out his hand instead.

I’ve known him for years.

Sue and Joan stood behind him and offered weary smiles that telegraphed a silent greeting: Welcome to our little patch of hell.

In five short years, Ralph has gone from being the patriarch of the family to the 83-year-old child who cannot be left home alone. Ever. They hide the house keys from him. The car keys, too.

On good days, he goes to day care. Other public outings are increasingly problematic. After a lifetime of kindness, he is now often impatient with strangers. He is easily confused, too. Last year, during a stroll through a park, he didn’t recognize the daughter walking next to him. Sue cannot remember the last time she heard him say her mother’s name.

Like so many who love a person with Alzheimer’s, Sue and her mom refuse to see Ralph only as a man in decline. They are a family full of funny stories. That is how they cope, by remembering the laughter that keeps love alive.

Joan is a gifted narrator. During our most recent lunch, she shared a tale starring gentle Ralph and an overcooked steak.

It was years ago, when all six of their kids were still at home.

“We were having friends for dinner,” she said. “I decided to splurge and grill steaks. For a treat, you know?”

As always, Joan had served Ralph the very best cut at the crowded table. He took one bite and growled, “This is the worst steak I’ve ever had. It’s too tough.”

She picked up the steak and walked into the kitchen. Then, in full view of everyone at the table, she dropped the steak on the floor and started stomping on it.

Nobody said a word, including Ralph, who watched until Joan was finished. Then he pushed away from the table, walked over to the steak on the floor and retrieved it with his fork.

He returned to his seat, cut a bite and popped the meat into his mouth.

For a few glorious moments, Joan and Sue laughed like crazy at the memory.

“He was always a sweet man,” she said, more softly. “He is still a sweet man.”